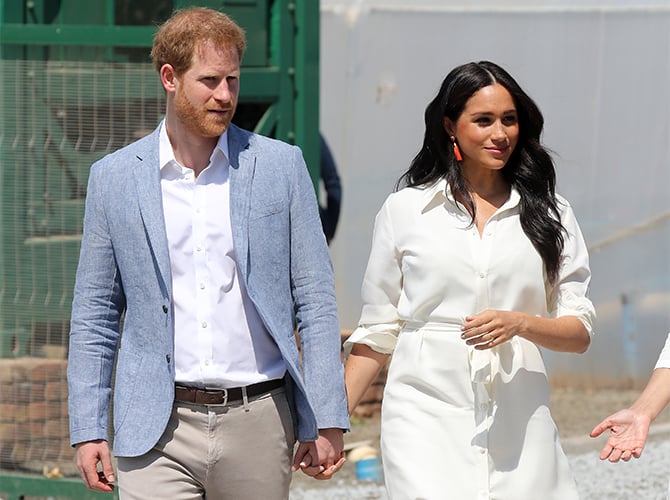 The Duke and Duchess of Sussex are back in the UK and have announced their next royal engagement...

It’s been less than a week since Meghan Markle and Prince Harry returned to the UK after their 10-day royal tour in South Africa. And whilst we thought we wouldn’t be seeing the royal couple for some time, we were wrong.

The Duke and Duchess of Sussex have announced their next royal engagement, and this time, they’ll attend the annual WellChild awards in London. Set to take place on October 15th, the awards pay tribute to ill children, their parents, nurses and carers who support and look after them.

Marking the couple’s first official engagement since their royal tour with baby Archie, the couple will attend a reception ahead of the official ceremony, and the Duke of Sussex will also be presenting an award (the ‘Most Inspirational Child’ award) and deliver a speech to mark the occasion.

It’s no surprise that the royal duo is set to attend the awards ceremony. Prince Harry has been a patron of the WellChild charity since 2007 and together with Meghan, they were spotted at the event last year.

Now, find out which British royal is set to tie the knot next.