You have to watch it
September 14, 2021
Meeran Mekkaoui 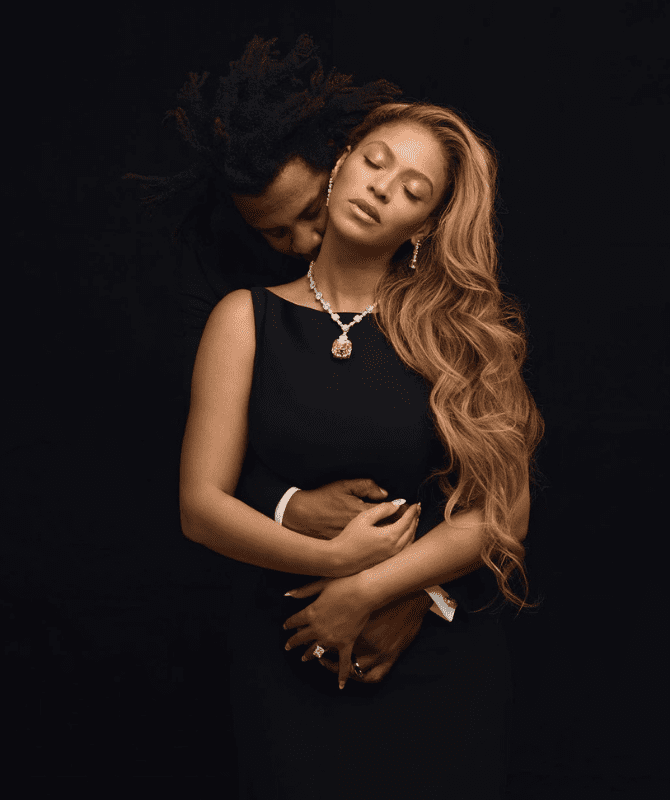 It’s not just Tiffany & Co.’s diamonds that shine through its latest campaign. It’s the romance between Beyoncé and JAY-Z that radiates through as they debut their ‘About Love’ campaign for the jeweller. And it seems that the Basquiat campaign imagery wasn’t enough because this short film has got us feeling some type of way.Directed by Emmanuel Adjei – who also worked on ‘Black Is King’ – the dreamy short film will leave you feeling captivated by their romance as Beyoncé eloquently sings Moon River from the 1961 film, ‘Breakfast at Tiffany’s’ whilst JAY-Z lovingly stares at her.The campaign was shot at Orum House, a three-story home overlooking Bel Air in Los Angeles that was personally selected by the Carters, and features whimsical moments of the couple embracing, popping champagne and subtly showing off their Tiffany jewels, all to the soothing vocals of Queen Bey.

Now, discover the Saudi creative who has been named as the face of Cartier.