As part of the brand's “Believe in Dreams” campaign
May 8, 2018
Meeran Mekkaoui 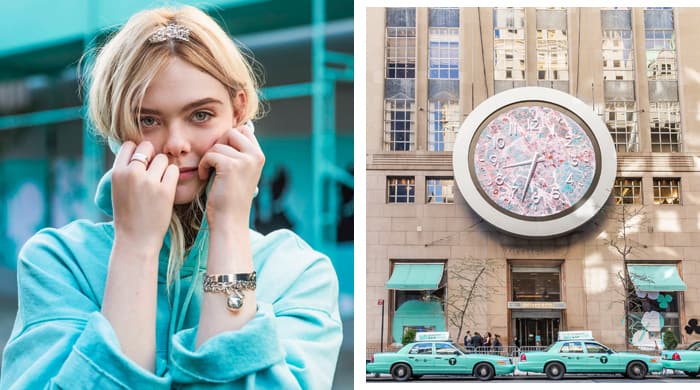 In a new campaign, Elle Fanning discovers what it's like if Tiffany & Co. took over New York...

Whenever Tiffany & Co. releases a new campaign, they’re always (and we mean always) captivating. But, when Reed Krakoff took over the design reigns at the American luxury jewellery house last year, the campaigns have taken a slightly different approach in lieu of those typical monochrome images.

In a series of images and a video (watch above) directed by The Hunger Games Director Frances Lawrence, the new campaign features brand ambassador Elle Fanning to front the new Paper Flowers collection.

Set in New York, the actress is captured channelling a younger Audrey Hepburn as Fanning appears at the Fifth Avenue flagship windows (reenacting the opening scene from the 1961 classic film, Breakfast at Tiffany’s). A rush of colours then swarm the streets as the Maleficent actress dances her way around New York to a reimagined Moon River tune with original lyrics by New York City native and hip-hop artist A$AP Ferg, dressed in Tiffany’s latest creations.

This marks the first time Tiffany & Co. has created a song which is now available for streaming exclusively on Spotify.

Speaking of the new campaign, Tiffany & Co.’s Cheif Artistic Officer, Reed Krakoff, said: “We wanted to take a fresh approach to the campaign, juxtaposing something visually extraordinary with a song that is a nostalgic nod to the past combined with something wholly unexpected and of the moment.”