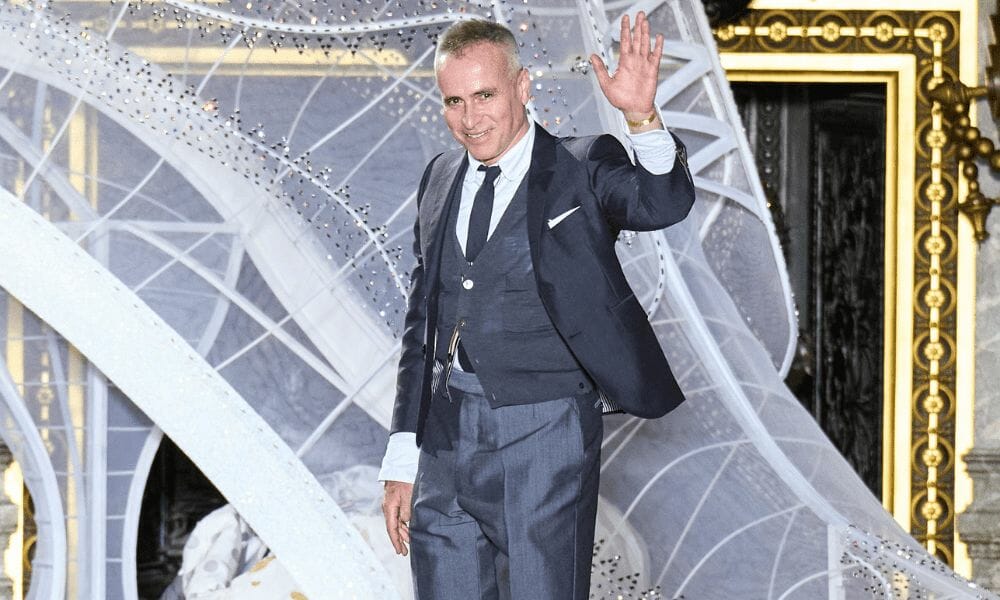 Following a successful Spring/Summer '23 show in Paris, things are looking up for Thom Browne as he gets ready to head CFDA...

Goodbye Tom, hello Thom! The CFDA – Council of Fashion Designers of America – has announced the New York designer as Chairman of the organisation, where he will officially begin his two-year tenure on 1 January, 2023.

Succeeding Tom Ford, who stepped down earlier this year in May, Browne will steer the organisation amidst the ever-changing landscape. The decision was unanimous.

“I am very excited about taking on the chairmanship of the CFDA. I feel a huge responsibility in working with Steven and the CFDA team to carry on the positive and important work of Tom, Diane and Stan,” Browne said in a statement, referencing the past three chairs Ford, Diane Von Furstenberg and Stan Herman. “I also feel that it is important to give back to an industry that has supported me so well over the last 20 years. I am so proud to be an American designer… there is so much happening in American design today that the world needs to really see and recognise and truly appreciate.”

In addition to overseeing the New York Fashion Week calendar, Browne’s main goal is to also highlight emerging American designers, their beautiful clothes and succeed in nurturing the next generation of American designers.