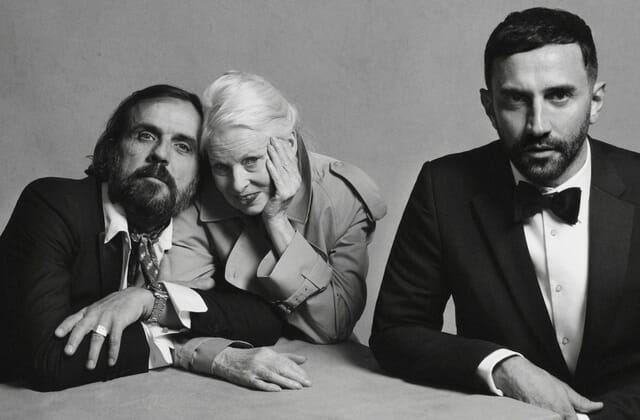 Riccardo Tisci is two months away from presenting his debut collection for Burberry but the designer has just announced his first collaboration...

Fashion fans have been holding their breath eagerly awaiting the September shows for the debut of several new designers at some of the world’s biggest houses — one of those being Riccardo Tisci at Burberry.

Tisci was announced in the role of Chief Creative Officer earlier this year with the brand announcing that his first collection would be for Spring/Summer ’19 at London Fashion Week in September. And although there’s been little news from the designer or the brand in the lead-up, a major announcement was made last night concerning Tisci’s first collaboration for the brand.

Burberry announced that it is teaming up with Vivienne Westwood for an exclusive collection of re-imagined iconic pieces.

In a statement, Tisci said of the partnership, “Vivienne Westwood was one of the first designers who made me dream to become a designer myself and when I first started at Burberry, I knew it would be the perfect opportunity to approach her to do something. She is a rebel, a punk an unrivalled in her unique representation of British style, which has inspired so many of us. I am so incredibly proud of what we will be creating together.”

The collection will launch in December 2018 and will support Cool Earth, a non-profit organisation whose works centres around the protection of rainforests.