Models are (finally) getting private changing rooms at NYFW

It's about time
February 8, 2018
Maddison Glendinning 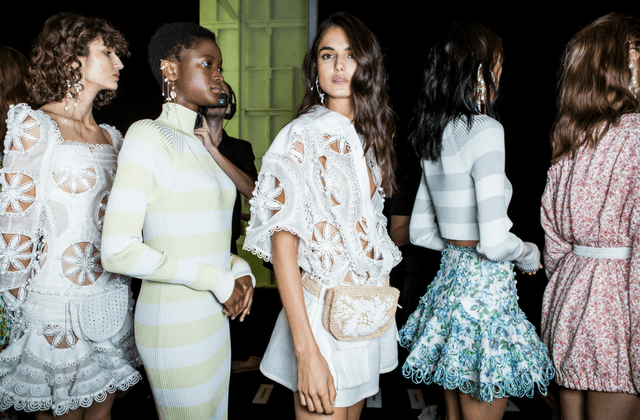 A monumental change is coming to New York Fashion Week that's been a long time coming...

New York Fashion Week officially kicks off today and whilst we’ve heard plenty of stories about brands shifting presentation tactics or cities in which they’ll show their latest collections, today’s news is undoubtedly the most important yet.

The Council of Fashion Designers of America (CFDA) has announced that it has partnered with Model Alliance, a non-profit organisation that fights for model’s rights, to introduce private changing areas for models at this year’s event.

The announcement comes off the back of a wave of allegations across the film and fashion industries in relation to inappropriate conduct in the workplace, and finally affords models the privacy they are entitled to whilst changing backstage. Sarah Ziff, the founder of Model Alliance, told Elle US that models had been voicing their concerns about the invasive nature of backstage changing, particularly in regards to backstage photography and unnecesary personnel present during changes.

In the midst of the #MeToo moment, it’s refreshing to see the CFDA take these concerns seriously. Ziff pointed out that there’s still plenty of work to be done, however this is certainly a good (and long-awaited) start.

Now, find out more about E!‘s new docu-series that will follow several top models as they tackle New York Fashion Week this year.