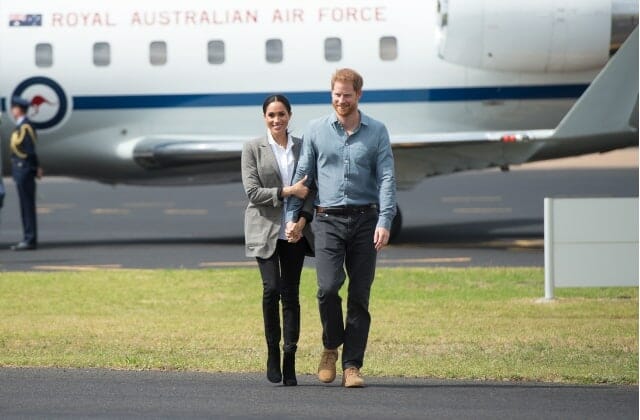 The Duke and Duchess of Sussex are in Australia for the start of their royal tour and Meghan’s newest outfit is a nod to her famous friend...

It’s no secret that the Duchess of Sussex and Serena Williams are close friends. The pair met a few years back during a Superbowl party and have remained pals ever since. Serena was present on the biggest day of Meghan’s life so far when she married Prince Harry to become the Duchess of Sussex and Meghan was courtside with sister-in-law Kate Middleton at Wimbledon earlier this year to watch Serena in the final.

Now, Markle has given her friend the ultimate sartorial seal of approval by sporting a blazer designed by the tennis champion on her most recent outing on the royal tour.

Stepping off the plane in Dubbo, Australia, for a day of engagements, Meghan wore a white button shirt, jeans by Australian brand Outland Denim and a checked blazer from Serena’s eponymous line.

The pair spent the day meeting locals and Harry delivered a speech to inspire the farmers who have been suffering in the country’s severe drought. It began to rain as he stepped up to the podium and the Mayor of Dubbo offered to shield the Duke with his umbrella however Harry joked, “It’s all right, I’ve got my wife!” The pair then met with locals, and had an adorably sweet moment with five-year-old Luke Vincent who was delighted by Harry’s beard and kept stroking it. 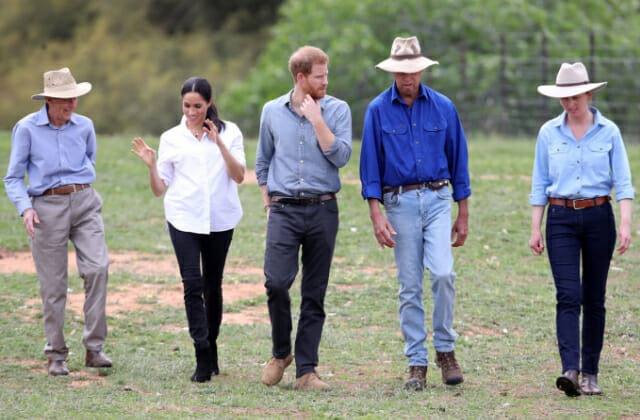 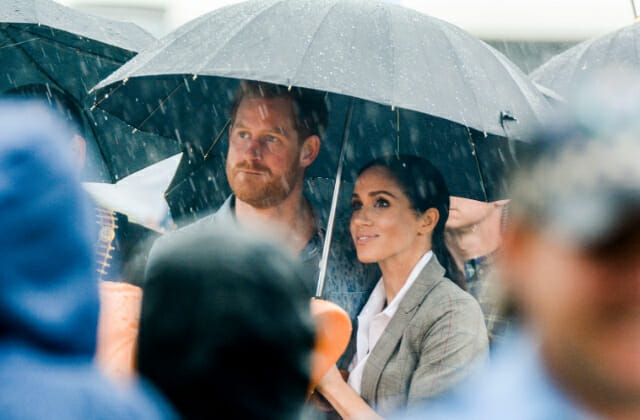 Honestly these two are so cute, it’s almost too much to handle.

Now, find out why Harry and Meghan’s child doesn’t stand to inherit a royal title at present.