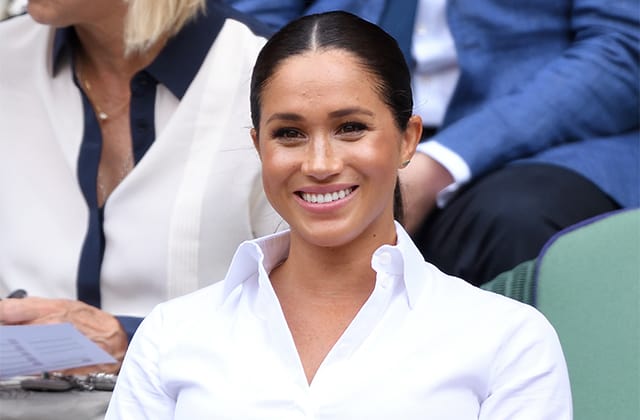 Meghan Markle is launching a clothing line and all our fashion dreams are coming true...

It’s no surprise that when the Duchess of Sussex steps out for a public appearance, everyone (us included), scrambles to find out every single outfit detail — and that’s what you call the Meghan Markle effect (also dubbed the Markle Sparkle).

Often crashing websites due to an uncontrollable spike in online searches or continuous sell-outs, it looks like Meghan is putting her fashion sense to very good use as she’s launching her own charitable clothing line.

Always known as a royal trailblazer, the new mum to Archie has officially announced that she will be partnering with British brand Marks & Spencer, John Lewis, Jigsaw and Misha Nonoo, to launch a capsule collection of workwear, and royal seal of approval for what you wear to the office next? We’re so here for it.

What’s even better is that the collaboration will benefit Meghan’s royal patronage Smart Works, a charity that benefits unemployed and vulnerable women get back into the workforce.

According to a Royal Reporter, Omid Scobie tweeted Meghan’s response, “The collection, launching later this year, will sell on a one-for-one basis.” which means, “For each item purchased by a customer, one is donated to charity.” She also added, “Not only does this allow us to be part of each other’s story, it reminds us we are in it together.”

No further information has been revealed yet but make sure to watch this space.

Until then, find out what Meghan Markle and Prince Harry have named their charity.