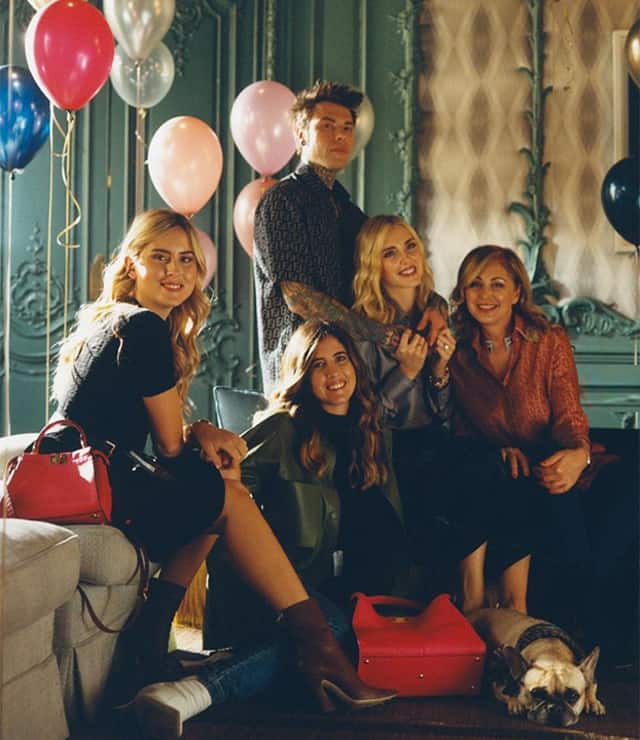 The birthday girl celebrated with Fendi and exclusively told us about her #MeAndMyPeekaboo experience...

If you’re on Instagram, chances are, you’ve probably seen Chiara Ferragni‘s face a few times. Whether on her own handle (which boasts 16.5 million followers) or on some of the industry’s leading names sitting front row to simply roaming the streets in next season’s trends, she’s recognised as a tastemaker.

As a friend to some of our favourite fashion houses including Balmain, Fendi and Dior (the maison was responsible for her two custom wedding gowns), it comes as no surprise that one of them would actually throw the Italian style star a surprise birthday party.

On May 7, Fendi threw Chiara the ultimate 32nd birthday bash as part of the next episode of its #MeAndMyPeekaboo series. In this exclusive episode, Chiara arrives at Palazzo Fendi in Rome, with her husband Fedez in hand. She’s later welcomed with a surprise birthday party at the Palazzo Privé. There to celebrate with them are Chiara’s mother Marina di Guardo and her two sisters Francesca and Valentina, along with her adorable, screen-stealing French bulldog Matilda.

Then, find out what Chiara had to say about the overall #MeAndMyPeekaboo experience…

What does Fendi mean to you?

For me, Fendi means heritage, craftsmanship but at the same time innovation and modernity.

What was it like shooting the video in Rome?

It was great fun to be there with my family and my dog Matilda! I am always fascinated by the Eternal City. You can feel the strong and unequivocal bond between Rome and Fendi.

How would you describe the Peekaboo in the three words?

Timeless, versatile and a must-have!

You defined the Peekaboo as timeless? Why?

For me the Peekaboo bag never goes out of style and it’s always on trend.

Which characteristics do you think you have in common with the Peekaboo?

I like to change and try new things every year by always remaining true to myself — this is a characteristic that I share with the Peekaboo bag, as it’s versatile but authentic.

What are some of the items you always need to carry inside your Peekaboo?

My iphone, as I love to share with my followers what I’m up to, and my passport because I’m constantly travelling.