How cool: Adwoa Aboah has just been immortalised as a Barbie doll 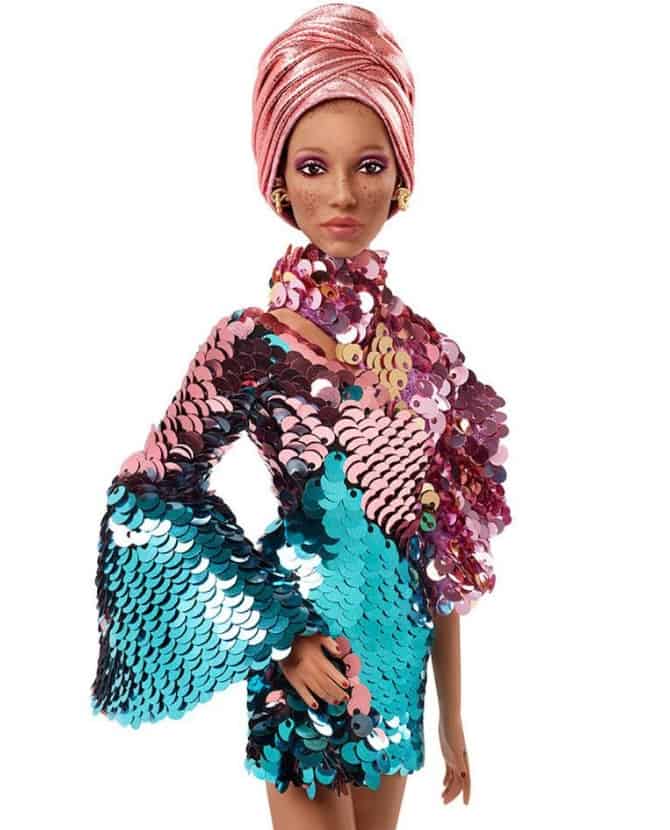 To mark International Women's Day, model of the moment, Adwoa Aboah got the coolest honour...

You know you’re on a roll in life when you’re being turned into a Barbie doll.

Well, Adwoa Aboah, THE model of the moment and pioneer for catwalk diversity, has had her iconic status immortalised as part of Barbie’s 60th anniversary which just so happens to coincide with International Women’s Day.

Aboah joins 20 other incredible women from journalists to cyclists who have been made into Shero dolls for their inspiring work, too.

Aboah has been at the centre of many pivotal moments in the last few years – namely winning Model of the Year at the Fashion Awards in 2017 and founding Gurls Talk – an online platform for young women to discuss any issue in a safe space – all of which have given her a raft of credentials.

Speaking on the honour, Aboah said, “I love that Barbie offers so much choice now, but to see my own doll that has my freckled skin, skin colour, shaved head and tattoos is so meaningful to me.” Her doll is clad in a sparkly head to-knee Halpern dress complete with a metallic turban. So chic.

And in a few days the style maverick will appear on a panel alongside the Duchess Of Sussex, at King’s College London on Friday 8 March to discuss all things women. This we got to see…

But first, see which dynamic sisters are bringing out a handbag capsule collection.