Here’s what we know about Rihanna’s 2019 Diamond Ball 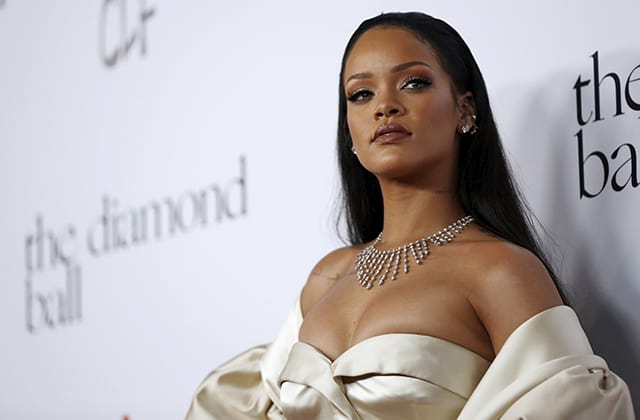 Rihanna's Diamond Ball is less than two months away, but we've already got some details on what to expect...

Rihanna may be crowned as the world’s richest female musician of 2019, as well one of the highest-paid celebrities of the year as she’s got her beauty empire Fenty Beauty, as well as launched her LVMH-backed fashion label Fenty, earlier this year too. However, she’s also recognised for her humanitarian efforts and annual fundraising galas including the annual Diamond Ball.

Known for bringing together a slew of A-list celebrities and prominent figures to support the Clara Lionel Foundation (which honours her grandparents), the 2019 Diamond Ball will be no different. Here’s what we know so far.

The next edition is set to see a new performer and new host. Following on from Issa Rae and Childish Gambino’s performance last year, the 2019 Diamond Ball will be hosted by Seth Meyers, and will feature performances by Pharrell Williams and DJ Khaled.

Whilst Rihanna has not yet revealed a location for the 2019 Diamond Ball, we’re guessing the event will take place at New York City’s Cipriani Wall Street, as it’s been held there for the past two years.

We also know that the fifth edition will be taking place on September 12, 2019. 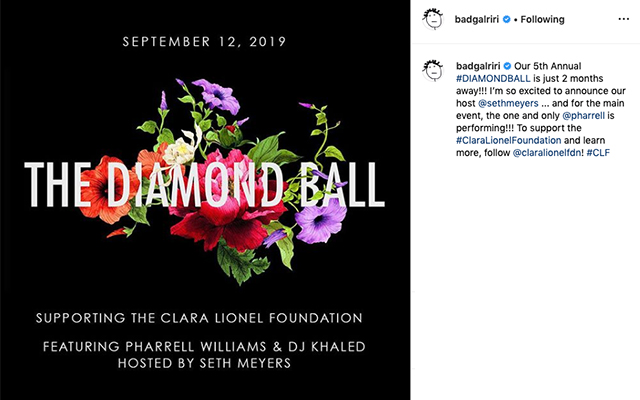 Make sure to mark your calendars!

Until then, find out why Rihanna just can’t get enough of this Jordanian designer.