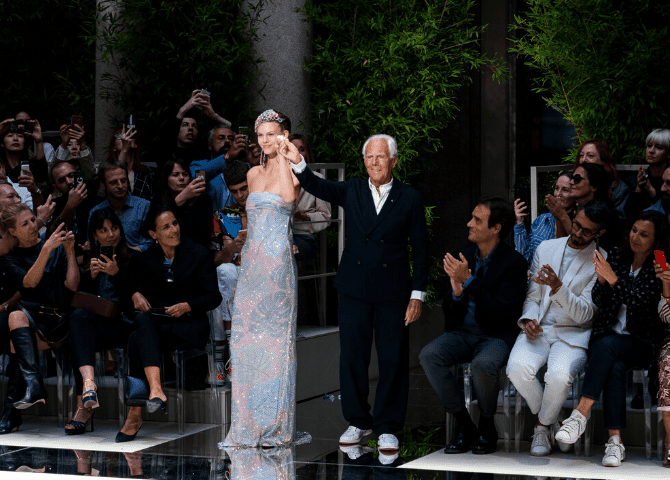 A new calendar for men's, women's and haute couture fashion shows is set...

After Saint Laurent’s decision to forgo its presence at Paris Fashion Week and instead launch its own schedule, it seems like Giorgio Armani is following suit and announced a new calendar for future shows.

This September, both Giorgio Armani and Emporio Armani’s men’s and women’s collections will be shown however, the format is yet to be defined.

As for its next Armani Privé runway show, its next showcase has been postponed to January 2021. The show will be held in the historic Palazzo Orsini on Via Borgonuovo in Milan. Also, it’s been revealed that the collection will be seasonless and will include garments suitable for winter as well as lighter pieces for summer.

A large selection of Armani’s collections will also be available for clients to shop from June 2020 onwards. The designer is offering his clients a large repertoire of styles, making the service of the Armani Privé Atelier available by individual appointment.

Now, find out which tennis champion just got a brand new gig.