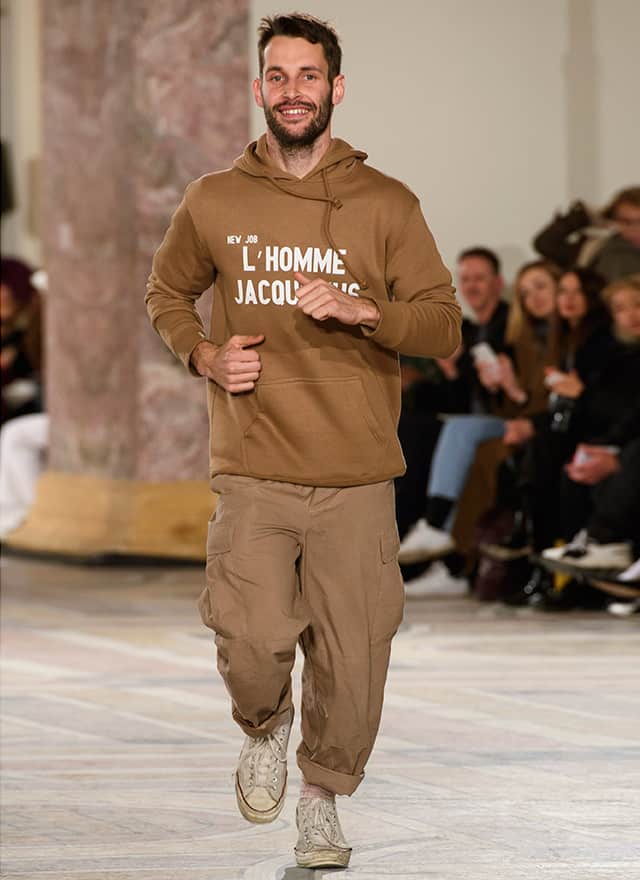 Simon Porte Jacquemus just added another line to his eponymous label and we can't wait for the big reveal...

After several months of teasing the hashtag (#NewJob) on Instagram, Simon Porte Jacquemus has finally revealed to the public what that new job entitled.

Opening Paris Fashion Week at the Petit Palais in true Jacquemus style last night, the designer showcased a successful F/W’18 collection and his bow at the end of the show proved that the guessing game was over.

Wearing a beige sweatshirt with “L’Homme Jacquemus” printed across it, Jacquemus’ #NewJob is the launch of his own menswear line which will be presented to the fash pack during Men’s Paris Fashion Week in June.

According to WWD, Jacquemus explained that a very personal reason lead him to launch the project and said: “I see the Jacquemus man as I see the Jacquemus woman, it’s my own story and emotions — all that inside a collection. I started to imagine the man when last year I fell in love.”

Whilst no further details have been revealed on whether the designer will stage a runway show or presentation, make sure to watch this space!

In the meantime, find out why Simon Porte Jacquemus said: “I didn’t know that being a fashion designer was a job”, in an exclusive interview with Buro 24/7 Middle East.