MENSWEAR TO GET A BIGGER SPOTLIGHT

Here's what we know about Men's Fashion Week
May 25, 2022
Meeran Mekkaoui 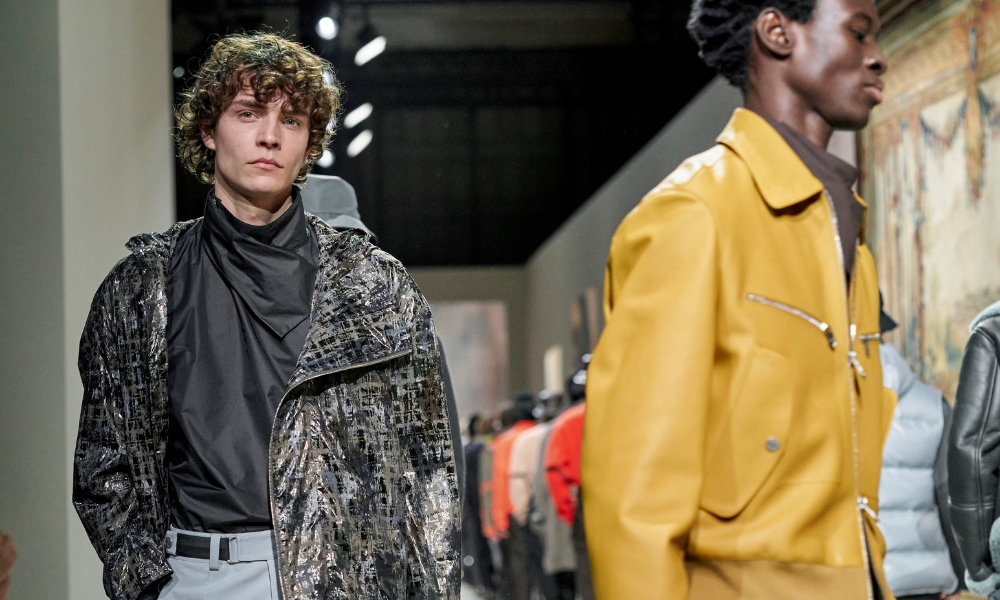 Does the return of menswear shows signal the end of gender-fluid fashion or is it simply to give menswear a bigger spotlight?

Perhaps the most enjoyable phase of the fashion cycle is just around the corner: Men’s Fashion Week. Recently, a co-ed amuse bouche was served on the runways signalling the rise of gender-fluid fashion and whilst there are no rules when it comes to fashion, it seems like brands are making their return to runway presentations by dedicating their shows solely to menswear.

Take Milan Men’s Fashion Week for example. The entire Milanese calendar has been given a shake-up with Versace and Moschino back on the schedule after three and four years away respectively. Also, instead of Zegna opening the schedule as per usual, the Italian luxury fashion house will deliver the final major physical show whilst DSquared2 will take over MFW opening duties. It has also been reported that JW Anderson will be making his Milan debut. Men’s Milan Fashion Week is set to run from June 17-21, and the final day will be entirely dedicated to digital shows.

Men’s Paris Fashion Week will see its usual contenders showcase their latest collections from June 21-26 and with 76 physical events in total, it’s safe to say that it’s coming back in full force. This season, we’re expecting to see Hermès, Dior, Kenzo and Loewe reveal their Spring/Summer ’23 collections whilst Comme des Garçons, Givenchy and Thom Browne have just announced their return to Paris Men’s Week. In January, Louis Vuitton held a show revealing Virgil Abloh’s final collection for the house (the last a heartfelt tribute to the late designer) and we’re still uncertain what’s on hold for the fashion house this June.

While the final schedule is yet to be released – stay tuned – expect a return to the normal fashion week commotion this upcoming season.

ALSO READ: MEN’S FOOTWEAR TO KICK AROUND THIS SUMMER.