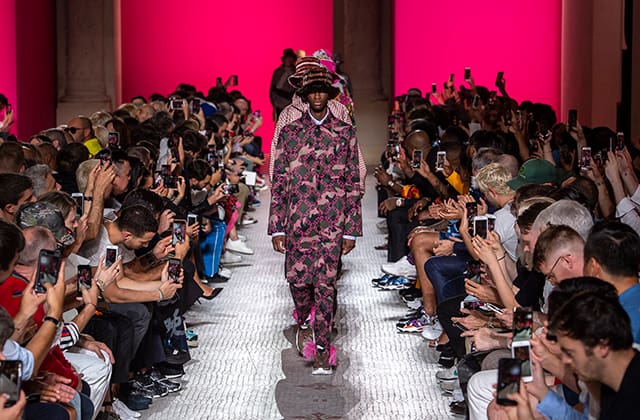 Welcome to Men's Paris Fashion Week! Take a look at who hosted must-see runway shows on day one...

The final week on the Men’s Fashion Week calendar finally kicked off in Paris last night and the next five days will see of the world’s top labels showcase their new S/S ’19 collections in the French capital.

Take a look at some of the trending looks here… 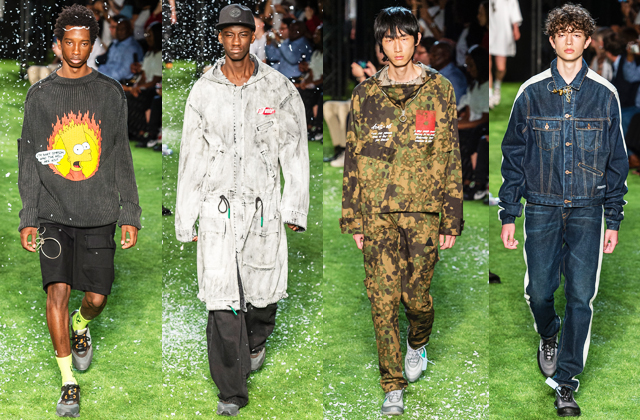 What you need to know: Off-White’s new collection introduced a new muse during last night’s show, and it was none other than Bart Simpson. The cartoon character appeared throughout on long-sleeve tops and tees, imbuing a youthful and teenage spirit to the collection. There was also a lot of heavy denim (it was either all cut up or monochromatically paired), as well as the brand’s signature logos in yellow and red.

What to keep an eye out for: This isn’t Virgil Abloh’s only show during the Men’s Paris Fashion Week schedule. The designer is set to make his debut as Louis Vuitton’s new Men’s Artistic Director later today. Here’s where you can watch the show live. 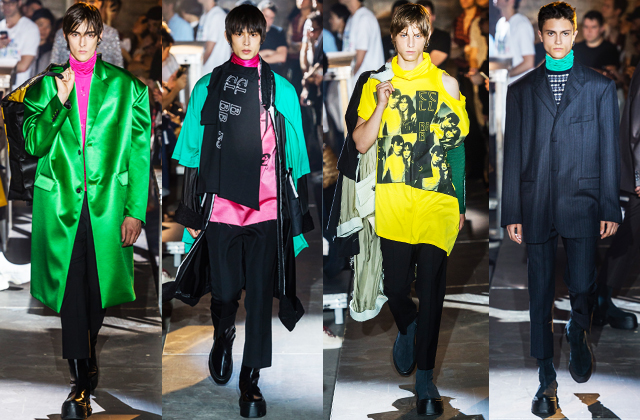 What you need to know: Raf Simons reimagined a new outline for the typical man’s suit and unveiled it during his Parisian showcase overnight. Using Parisian couture-grade women’s satin and inspirations from Yves Saint Laurent, the designer masterfully cut newly refined silhouettes in blazers, jackets and suits. There were also small references to the punk era with black leather, neon brights, safety pins and studs.

Key trends: It was all about bright hues and major colour blocking at the Raf Simons show. Oh, and oversized accessories. 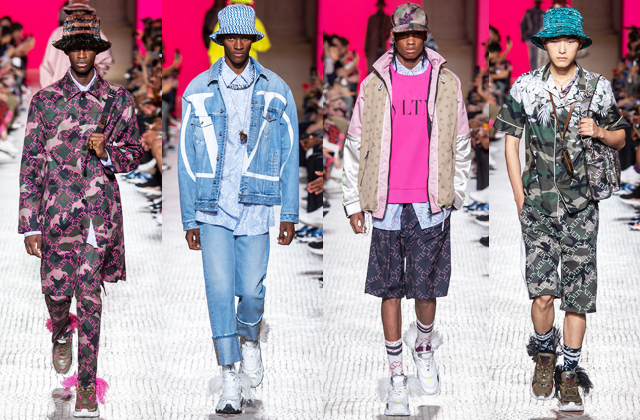 What you need to know: Pierpaolo Piccioli merged couture and streetwear for his newest Spring/Summer ’19 menswear collection for Valentino. His previous collections have included a high-end streetwear aesthetic and this season the maison took a bunch of different influences and blended them together. As a result, prints (camouflage, logos and florals) were mixed with denim, there were pieces covered in urban scenery graphics and plain tailored pieces that rounded out one very cool wardrobe.

Wish-list worthy: The slightly oversized light blue denim jackets with Valentino’s V logo will be all over street style stars next season. 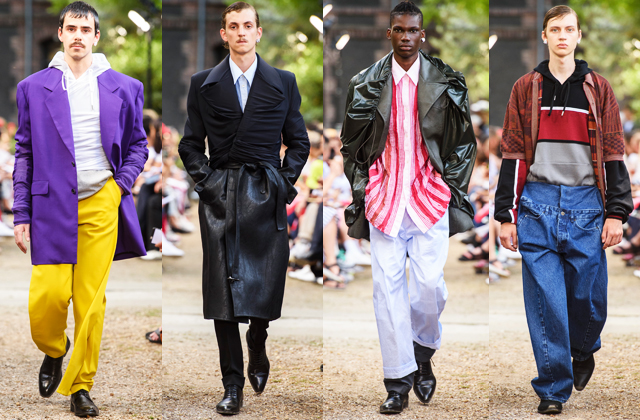 New techniques: The designer used a new material for this collection that consisted of a wrapping technique that features nylon and lycra fabrics stretched to give a sculptural effect (second picture from the left).

On day two of Men’s Paris Fashion Week, AMI will be showcasing its S/S’19 collection and we’ve got your front row ticket here.