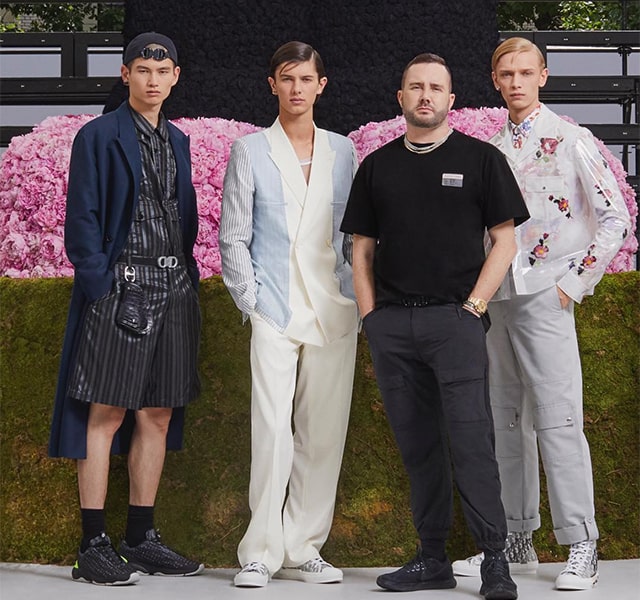 Dior's relationship with Japan is continuing to grow as Kim Jones brings the brand's first Pre-Fall show for men to Tokyo...

Dior has had a long-standing relationship with Japan. In 2017, the brand’s Creative Director for womenswear, Maria Grazia Chiuri (who once shared her thoughts on Japanese culture and her inspiration behind her collection for the maison) showcased her Haute Couture S/S’17 collection in Tokyo, and on the same day, former menswear Creative Director, Kris Van Assche, debuted a Dior Homme Fall ’17 collection in the heart of the Japanese capital, too.

Now that Kim Jones has taken over the reigns at Dior Homme (the English fashion designer made his debut for the brand earlier this year), Jones is following in the footsteps of Assche and will take the next trans-seasonal showcase to Tokyo for Pre-Fall.

Marking the first time the maison has showcased a Pre-Fall collection for menswear, the show will also celebrate the opening of a new men’s pop-up store which is set to carry the first collection designed by Jones. Also, the capsule line for S/S’19 will hit the shelves at the Dior flagship in Ginza ahead of its global launch on December 1, 2018.

According to WWD, Dior’s Chief Executive Officer, Pietro Beccari, said in a statement: “We are honoured to be holding the first Pre-Fall men’s show in Tokyo. Creativity, innovation and savoir-faire are all values deeply rooted in Japanese culture and they are also of great importance to us.”Jones also made a statement, saying, “A fashion show in Tokyo is the best way to present and celebrate my first Dior Pre-Fall men’s show. Japan is a magical country that I know quite well and that I love particularly for its incredible and unique culture, history and nature, which have always been very fascinating and a great source of inspiration to me.”

Dior’s men’s Pre-Fall showcase is set to take place in Tokyo on November 30, 2018. The pop-up store will be available to the public at the Isetan department store in Tokyo’s Shinjuku district, from November 28 to December 2.

Now, read more about how the V&A is set to stage the largest Christian Dior exhibition.