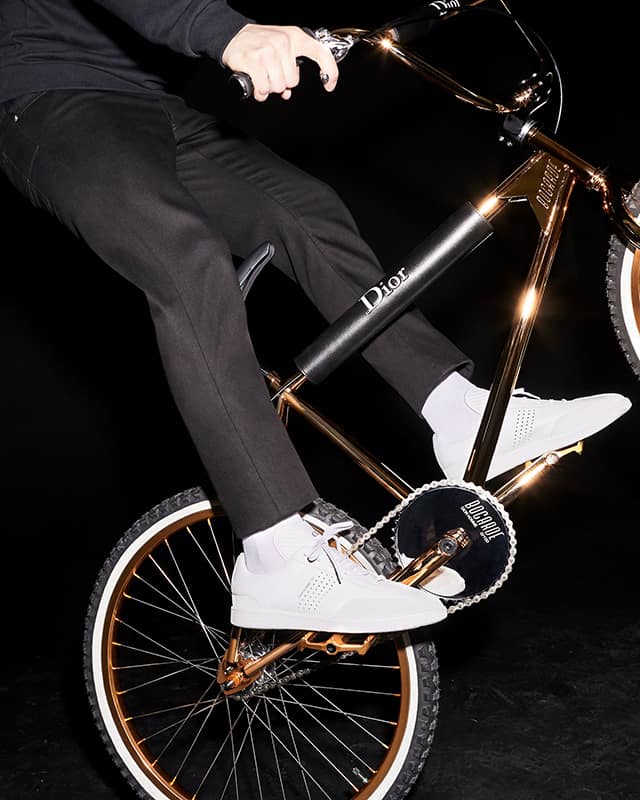 Dior Homme has given a Bogarde BMX bike a cool makeover as part of its three-piece collaboration and we finally have a sneak peek at the second design...

There’s been a lot of noteworthy collaborations happening of late. Whether it’s regional pairings like 55Fifty7 x Bint Thani and Rami Al Ali x Nadine Kanso or between industries like Jennifer Lopez x Inglot and M.A.C Cosmetics x Puma, collaborative collections are some of our favourites here at Buro HQ.

Now, another luxury name has just announced a new collaboration, marking the second time the two brands have partnered together.

Dior Homme x Bogarde joined forces to create a BMX bike that was first pre-launched worldwide at Dubai’s Sole DXB event in December, and the debut was followed by the announcement that two other exclusive designs were on their way.

Now, part two is finally here and the design features the maison’s luxurious aesthetic with its sleek, cool and stylish codes, merged with the technical specialities of the Parisian bike manufacturer.

The limited edition bicycle references the gold capsule collection and comes complete with a shiny gold metal finishing and calfskin details, whilst the iconic bee symbol and Dior logo sit on the brakes and frame of the exclusive design.

Here’s a closer look at the new design…

The second exclusive design between Dior and Bogarde was released over the weekend and is available in a limited series of 100 bikes.

Now, find out which Creative Director is headed to Dior Homme.