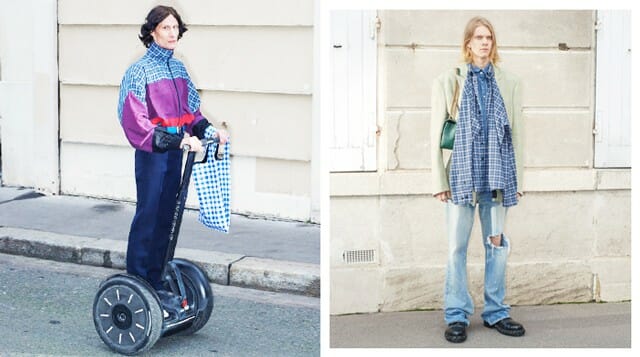 Balenciaga has made its Pre-Fall debut with a new men's collection for 2018. Discover it below...

Last year, Demna Gvasalia announced that he wanted to expand Balenciaga’s menswear lines and that the brand will stage co-ed shows moving forward. Many expected the first show to fall within Men’s Paris Fashion Week however the Kering-owned brand was a notable absentee on this week’s runways.

Gvsalia is still making headlines though, thank to the release of a new Pre-Fall ’18 collection, the brand’s first ever for men.

Held at its Parisian showroom, the collection was showcased on a row of giant screens. The collection saw a blend of oversized menswear inspired by the Spring/Summer ’18 creations merged with fun, feminine silhouettes from the womenswear show.

According to WWD, Balenciaga said in a statement:  “The two-way conversation between the ordinary and the extraordinary, between fashion and utility, emphasises the Balenciaga priority of putting the choice in the hands of the personality of the wearer.”

Browse through the collection here…