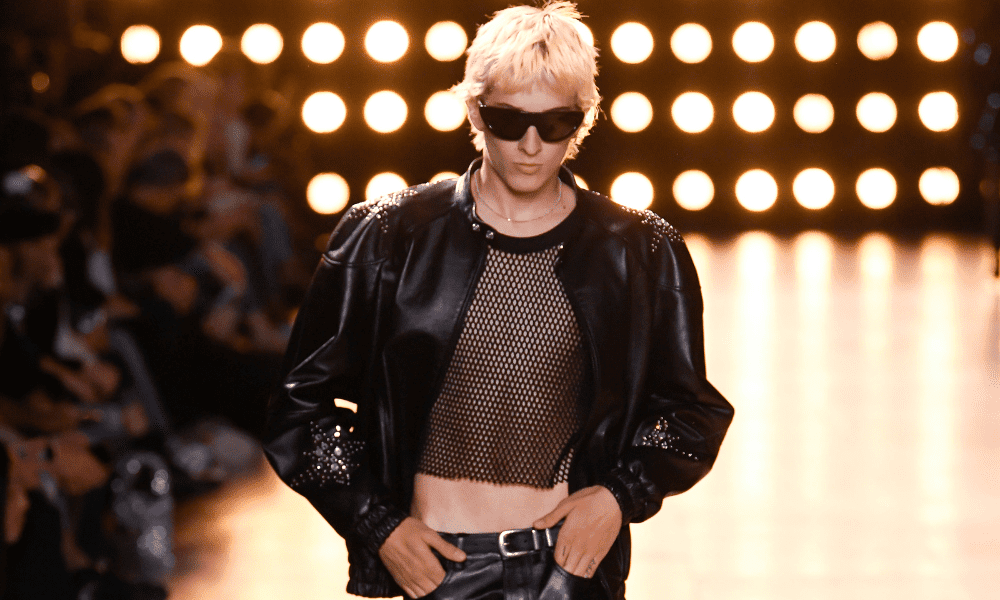 The Palais de Tokyo was always a special place to Hedi Slimane. The French fashion designer took his Dior Homme Autumn/Winter 2002 show to the iconic venue when it was still under construction back then and 20 years later, he returned to the historical venue to reveal his Spring/Summer 2023 for Celine.

A prime fascinator for art deco monumental architecture, Slimane continued to pay tribute to the institution through his menswear reform. In true Slimane aesthetic, the sparse halls of the venue featured flashing lights, rotating mirrors hung from the ceiling and models strutting a concrete runway to an original soundtrack arranged by Gustaf, produced by Chris Coady and commissioned and co-produced by the designer himself.

Below, browse through some of our favourite looks from the Spring/Summer ’23 menswear collection…

Ending Paris Men’s Fashion on a high note, a slew of celebrities turned out for the Celine show. VIPS included Camille Razat, Eddie Redmayne, Miles Kane, Arnaud Bernard and some of the biggest stars from Korea including BLACKPINK member Lisa, BTS’ V and Park Bo-gum, who upon arrival sparked viral moments on social media.

Take a look at some of the celebrities below…