7 minutes with artist Gary Card on his Dubai Mall installation for Kenzo’s La Collection Memento No.4 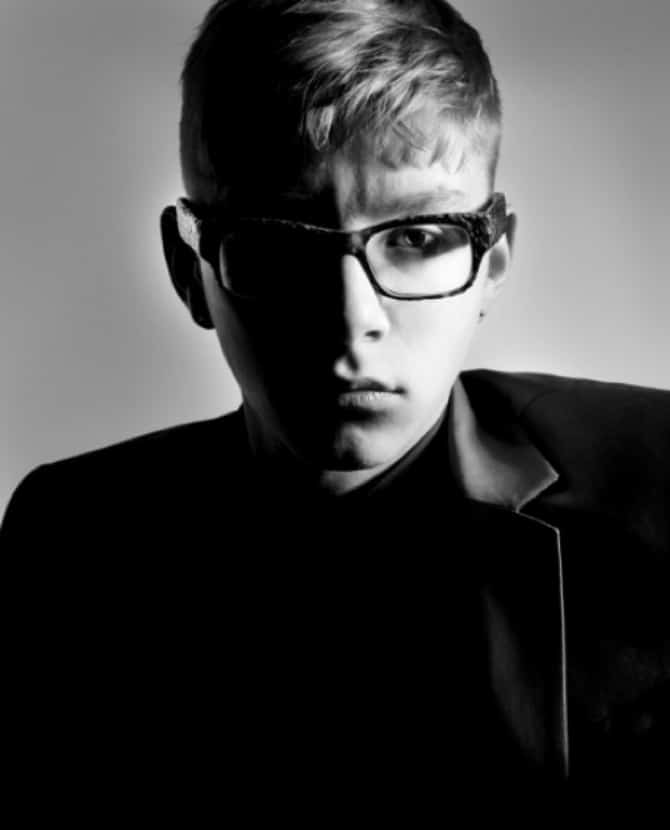 Walk into the Dubai Mall Kenzo store and you'll be greeted with a huge installation of tomatoes and a whack of colour. Behind it, is UK-based artist Gary Card who has had an affinity with Kenzo for a while. We sat with him for 7 precise minutes to find out how his vision came into fruition for Kenzo's La Collection Memento No.4...

In case you didn’t know, Kenzo‘s La Collection Memento No.4, is part of a series dedicated to revisiting the house’s archives. Back in 1992, Kenzo’s S/S men’s collection featured hyper-real painted tomatoes in red and yellow first made an appearance. And bringing that motif to life today is UK-based artist Gary Card who implemented the designs on the Dubai Mall installation. With a background in theatre design from St Central Saint Martins, he was just the man for the job… 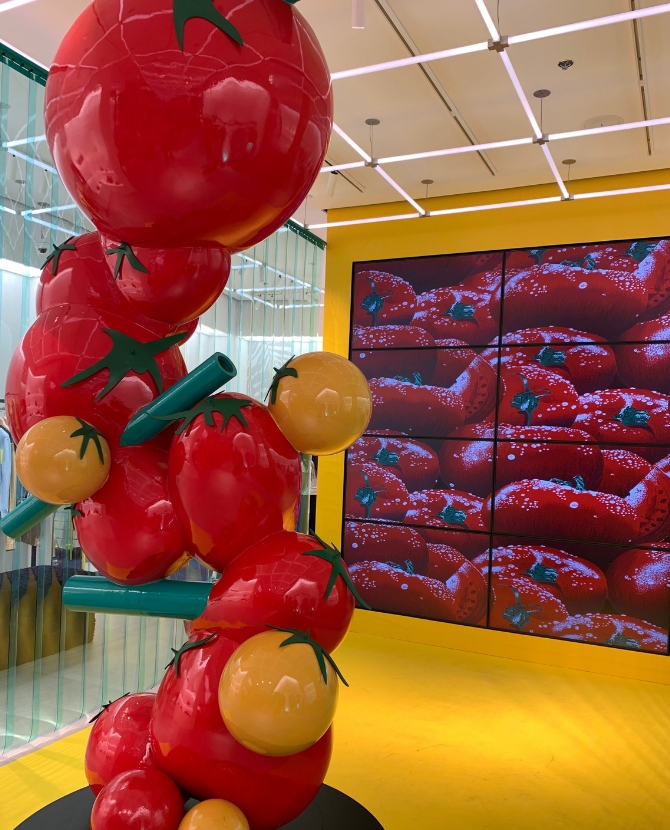 It’s safe to say that whatever installation you create, it’s pretty loud. Where did that flamboyant design aesthetic come from?

What I am drawn to. If I like it, I think people will like it. Anything from detergent packets to a bar code or a hazard sign – graphic things, something that off sets other things. I am drawn to things that are graphic in texture next to something that is organic in texture. I like things that are conflicting in some way and things that contract each other – in every sense, colour, texture and purpose. I like things that don’t normally belong to each other but in some way make a brand-new language by being together.

Can you name a specific instance were something stopped you in your tracks?

Well, last night, of course the Burj Khalifa fountain performance. It was startling and incredible.

And it happens every half hour!

As it should be – if you’re going to do it, do it. I stayed for an hour and a half just because I was curious.

How has your background in theatre design helped in this collaboration with Kenzo’s La Collection Memento No.4?

Like a lot of the stuff that I do, it comes from storytelling. Whatever I make, there is a narrative somewhere in it. It comes from me when I was younger making up plays for college.

What kind of research did you do into the brand before starting the project?

I know them so well, they’ve been on my radar for so many years. They’re so wonderful and striking. The things that were drawn to are very similar.

What was different about your approach to Kenzo’s Dubai store installation compared to others around the world?

We were able to do something that we wouldn’t normally be able to do – we pushed the boundaries. With the time and money we were given, the team here actually did double the amount.

What were you able to do here then?

The level of detail was so impressive.

What detail is important to note?

The level of curves in the tomatoes are really impressive because there are so many tomatoes. The team have had their work cut out sculpting that stuff.

Did you come across new kinds of challenges?

It’s been remarkably smooth – again, the team have been so wonderful. Whatever I have suggested, the team accepted with no resistance.

What are you adding to the Kenzo world with this installation?

I have seen other windows that have been done for the same Memento projects around the world. I very much wanted to do something that was intrinsically me – I am ambitious and I wanted to beat them all. I was excited about adding in an arch – because an arch in a shop is quite a feat. We didn’t think it was possible but again, the team pulled it off.

What do you want customers to take away from this experience?

I want them to be startled by it and have a very visceral feeling about it.

I bet you want them to endlessly Instagram it…

Oh well of course. That’s one of the things I consider when coming up with ideas. I enjoy seeing how people reinterpret what you’ve done through their own personal lens.

Yes, a lot. I’m always on the Discover page. I really appreciate how people have interpreted the installation through their personal lens.

And finally, as an artist, what do you think is next when it comes to fashion experiences beyond retail?

I may not be behind it but I am fascinated to see where virtual reality is heading in enhancing our retail experience.