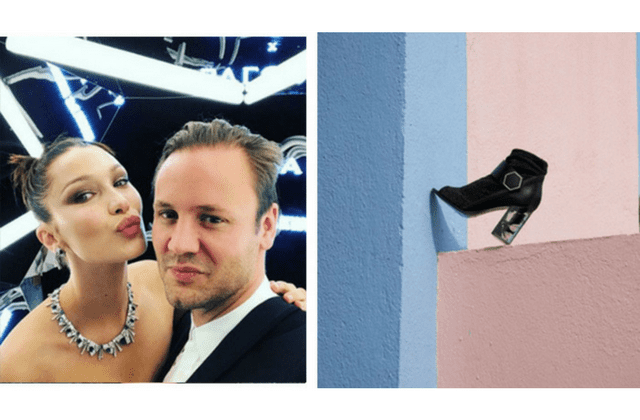 London Fashion Week has gained yet another high profile name for its September shows...

Victoria Beckham announced earlier this year that she would show in London during Fashion Week in September as part of her 10th anniversary celebrations and now, another designer is also taking his show to the British capital next season.

Nicholas Kirkwood has announced that he will present an “immersive and experiential” show, telling Business of Fashion, “I felt that it was time to do something in London. It’s where my design studio is, where I live and what I’m exposed to for my inspirations, so it makes sense. I’m not going to do it in a traditional runway format, there will be other elements that make it for more of an experience. It’s something I will continue to do.”

Loved by the likes of Sarah Jessica Parker and Rihanna, the footwear designer added that he will also expand his offerings to include handbags and accessories. “Bags will be one of the categories. Then I would also love to tackle jewellery and sunglasses, and potentially also furniture. It’s about supplying my aesthetic to a product. To have the show [in London] is a first step forward. I want to remind people of the type of shoes that I do, and this is the right opportunity to do that.”

It makes sense for the designer to show in the capital, given that his studio is located there, and so too is his home. There’s not set date as to when the will show as yet, so watch this space.

In the meantime, find out more about the new Dubai-based footwear designer that’s just launched in Level Shoes.