KAIA GERBER IS THE NEW FACE OF ALEXANDER MCQUEEN 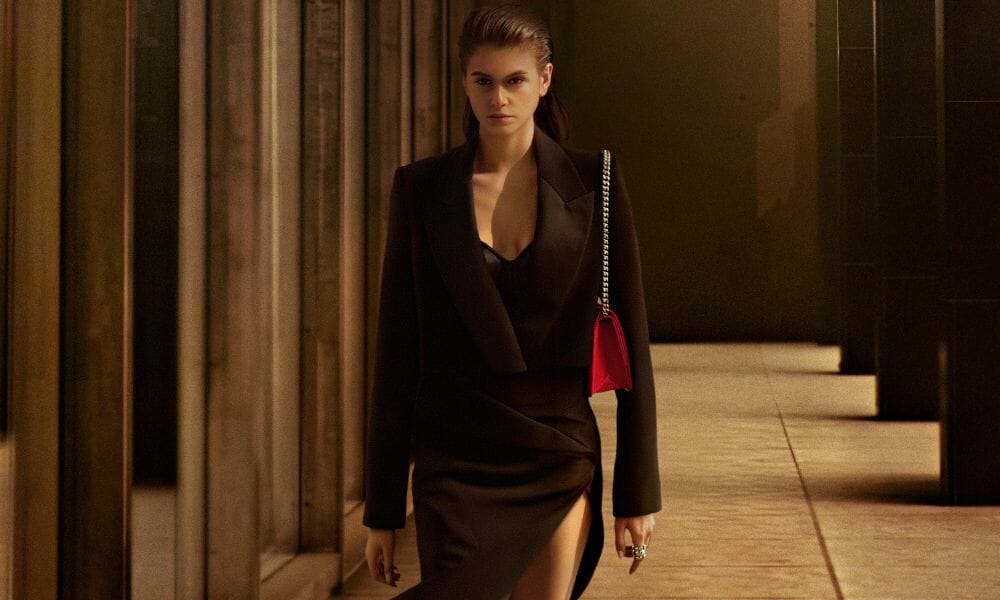 What happens when you merge the two brilliant minds of Glen Luchford and Alexander McQueen’s Sarah Burton? You get an achingly cool campaign that juxtaposes humanity and technology.

Celebrating the brand’s Slash Bag, part of the Spring/Summer ’23 women’s pre-collection, the campaign explores human emotion within a futuristic landscape. And who else to front the piece? Kaia Gerber of course.

Making her official campaign debut with the luxury British brand, the supermodel off-spring first wore McQueen to her first Met Gala appearance and now, fronts the Slash bag – a coveted piece that carries many of the signatures the house is known for such as the iconic McQueen Knuckle hardware and skull motif.

Watch the campaign video below…

This also marks the first time the British brand has tapped a celebrity for an accessories campaign.

ALSO READ: ALESSANDRO MICHELE IS OUT AT GUCCI. SO, NOW WHAT?