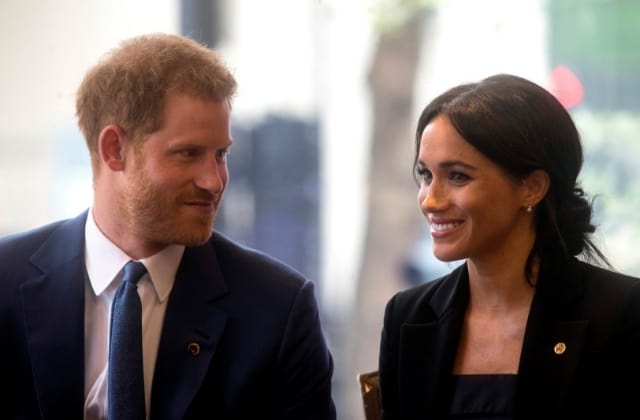 Following the announcement that the Duke and Duchess of Sussex are expecting their first child, the royal baby's title has been revealed...

The royal family has everyone talking yet again today with the exciting announcement that the Duke and Duchess of Sussex are expecting their first child together. The Palace took to Twitter to announce the news about an hour ago and talk of the upcoming baby’s royal title has begun.

Harry and Meghan were given the titles of Duke and Duchess on Sussex on their wedding day however, their children will not automatically inherit the same royal titles. In fact, the child will only inherit a royal title if it is a boy, reports Debrett’s, as under the current rules, a dukedom can only be inherited by a male heir. If the pair do have a son, he could be known as the Earl of Dumbarton, one of the other titles Harry was given on the wedding day. If they have a girl, she will likely be known as Lady (first name) Mountbatten-Windsor. Subsequent sons will be known as Lords. At this point, none stand to inherit an HRH title.

However, this could change as the Queen has previously changed rules in favour of her grandchildren. For example, the Duke and Duchess of Cambridge’s children Princess Charlotte and Prince Louis did not originally stand to gain royal titles however the Queen issued a Letters Patent which meant they would. As the first born son of a future King, Prince George would always have been given the title of Prince. Similarly, the Queen also changed the Succession to the Crown Act 2013 to ensure that birth order determined the inheritance of the throne and not gender, meaning Princess Charlotte retained her spot as fourth-in-line and was not succeeded by her younger brother Prince Louis, who subsequently became fifth-in-line.

It is thought the Queen may do something similar for Harry and Meghan’s children. Watch this space.

Until then, find out what the Duke and Duchess will get up to on their tour of Australia, Fiji, Tonga and New Zealand over the next two weeks.