Not the same as the baby's cousins
March 12, 2019
Georgie Bradley 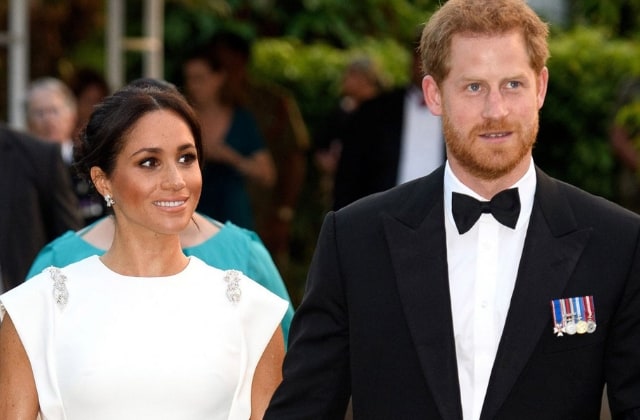 Meghan Markle and Prince Harry's first born will be getting this surname...

As Meghan Markle and Prince Harry prepare for the birth of their first baby (sometime in April, so soon!) a lot of things are on our mind. Where will she give birth? What kind of mother will she be? What will the nursery look like? So. many. questions.

And amidst all that, sometimes we totally forget that the royals have last names. They’re so known by their titles, their surnames pass us by – especially since the Queen doesn’t need a passport to move about the world.

But, according to the official royal site, “members of the royal family can be known both by the name of the royal house and by a surname, which are not always the same. And often they do not use a surname at all.”

Now, officially, the royals’ surname is Mountbatten-Windsor – a combo of Queen Elizabeth and Prince Philip’s family names, something that fans of The Crown will get.

But in the world of the royals, this surname won’t be carried down to Prince Harry and Prince William’s own children, with royals often going by the name of their family Dukedom. It started off when Prince Charles and Princess Diana gave Princes William and Harry the surname ‘Wales’, taking from their title as the Prince and Princess of Wales.

Now, see how both Duchesses coordinated their outfits yesterday.