The UAE just sent its first Emirati to space today 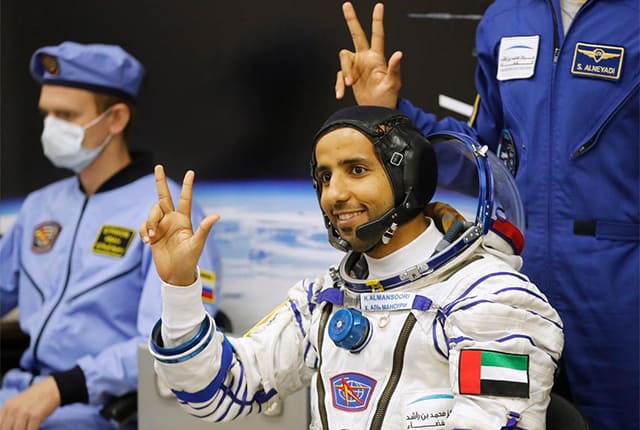 Emirati major, Major Hazza Al Mansouri, officially made history (and his country proud) as he made the first move towards the International Space Station at 13,000kph from take-off point at Baikonur, in Kazakhstan.

After the UAE’s first astronaut successfully launched into space a few hours ago, the country’s royals led congratulatory messages to the UAE including one from Sheikh Mohammed bin Rashid Al Maktoum, Vice President and Ruler of Dubai.

In a tweet, the UAE royal said: “Hazza Al Mansouri’s entry to space sends a message to Arab youth that we can march forward, that we can keep pace with the rest of the world. Our next station is Mars through the Hope Probe, competently designed by our Emirati youth.”

Mansouri is joined by fellow astronauts Russian commander Oleg Skripochka and Nasa’s Jessica Meir are due to reach the ISS about midnight.