Looks like we're in for an Arabian treat...
January 8, 2019
Meeran Mekkaoui 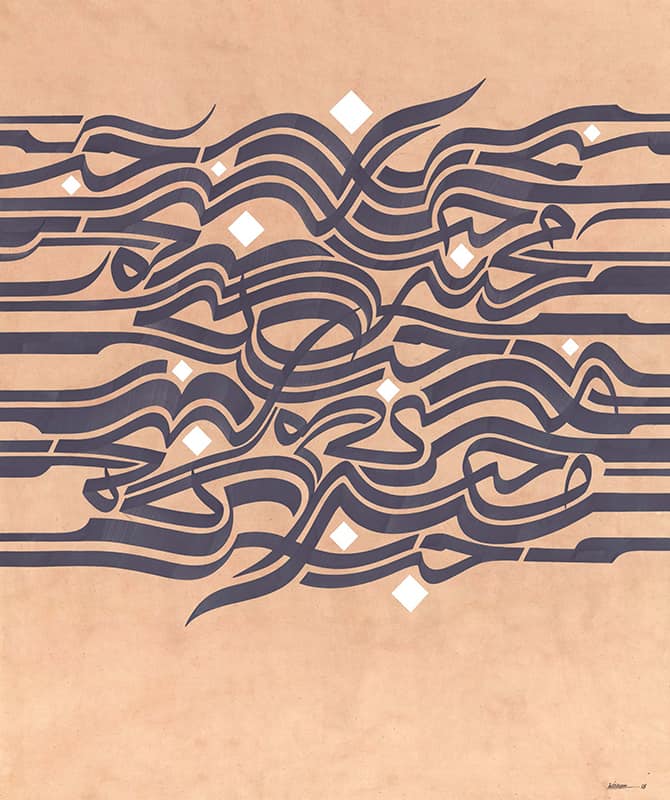 Wissam Shawkat is the first artist chosen to open Tashkeel's new season and he's done it in the most artistic way...

With a new year comes a new stellar line-up of emerging and established artists at Tashkeel, and they’re ready to present their artworks in a slew of captivating exhibitions. With one week into 2019, we finally know who will open the organisation’s new season for 2019.

First up on the list, Tahskeel has tapped Iraqi artist, Wisam Shawkat, to showcase his beautiful Arabian-inspired works – marking the second time the artist will be presenting his works following his debut in 2017 with the Monumental 11/11 exhibition.

The body of work in the new exhibition, titled Disciplined Insurgence, will come in the form of calligraphy, abstract letter forms and geometric shapes, and it all reflects back on the Iraqi artist’s successful career (his works have made it to a slew of books on Arabic calligraphy and typography, as well as museum exhibitions), and as well, will display pieces from several series using his eponymous Al Wissam script.

Speaking of the artist’s new exhibition, Lisa Ball-Lechgar, Deputy Director of Tashkeel, said: “Disciplined Insurgence marks the second solo exhibition at Tashkeel by Wissam Shawkat, the Basra-born, Dubai-based, award-winning artist and designer. His craftsmanship and practice is a testament to the innovations being made in Arabic calligraphy and typography in the 21st century. On one hand, it can be interpreted as rebellious and bold, and on the other, it feels completely natural to an artist who has fostered a life-long relationship with the letters themselves.

Now, take a look at what else there is to do around Dubai during the month of January.