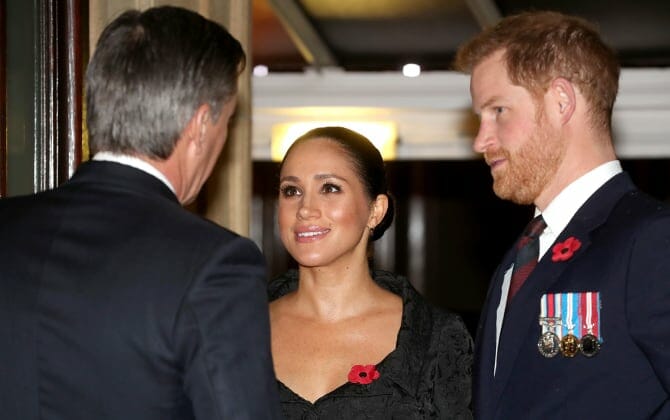 There was a family reunion over the weekend as royal members made an appearance for the Royal British Legion Festival of Remembrance...

Over the weekend, Prince Harry and Meghan Markle made their first joint appearance with Prince William and Kate Middleton in what seemed like months since they were all last seen together.

Since the fab four split their responsibilities of the Royal Foundation (the Duke and Duchess of Sussex established their own charity months later), we’ve been eagerly waiting for them to reunite and much to our delight, they came together for the Royal British Legion Festival of Remembrance yesterday. 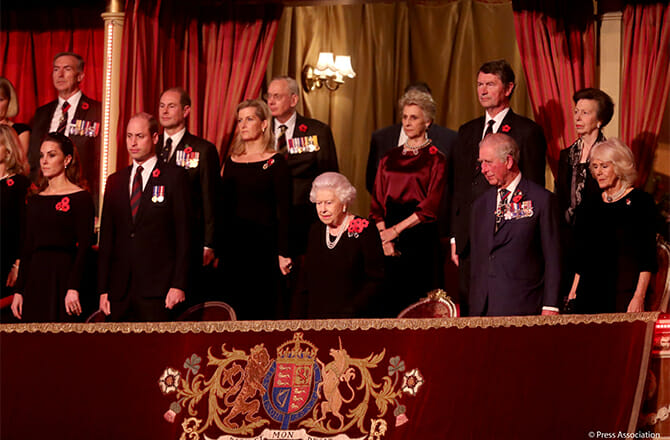 The event has been an annual tradition since 1923 and it’s dedicated to the servicemen and women who have passed away in line of duty. At this year’s memorial celebration, the event featured a slew of musical performances from artists including James Blunt, Leona Lewis and Jeff Goldblum, as well as the Central Band of the Royal Air Force and the Band of HM Royal Marines.

Held at the Royal Albert Hall in London, the Duke and Duchess of Cambridge were spotted amongst the royals and for the occasion, Kate Middleton opted for a dark navy blue dress, which was cinched at the waist with a black belt. The mum of three accessorised the look with a trademark headband (rumoured to be from Zara) and a pair of Jimmy Choo “Romy 100” black velvet pumps. 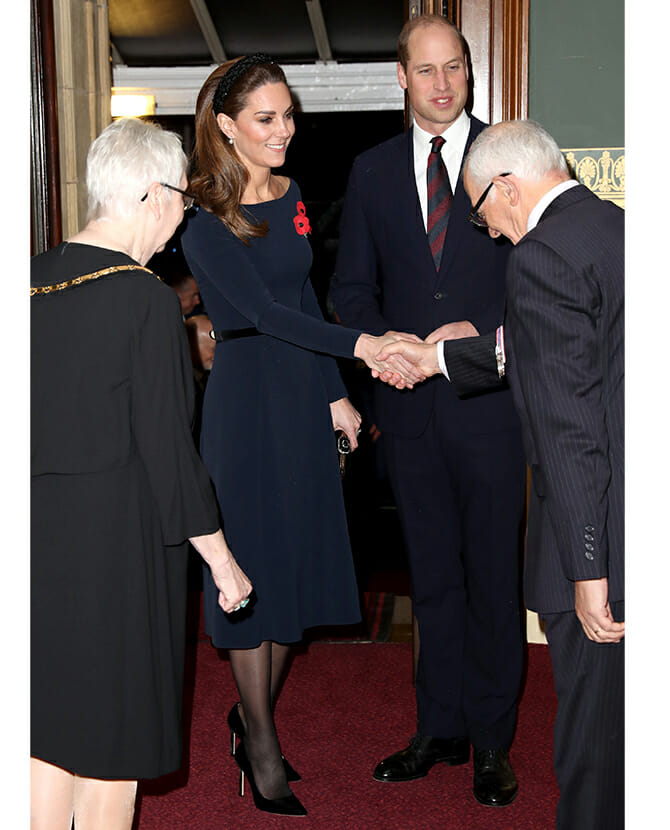 Meanwhile, the Duchess of Sussex looked radiant in an elegant black fit and flare dress, adorned with subtle brocade. The scooped V-neck lapel was met with button detailing and the dress was matched with simple slingback heels, a black leather clutch and gold hoop earrings. 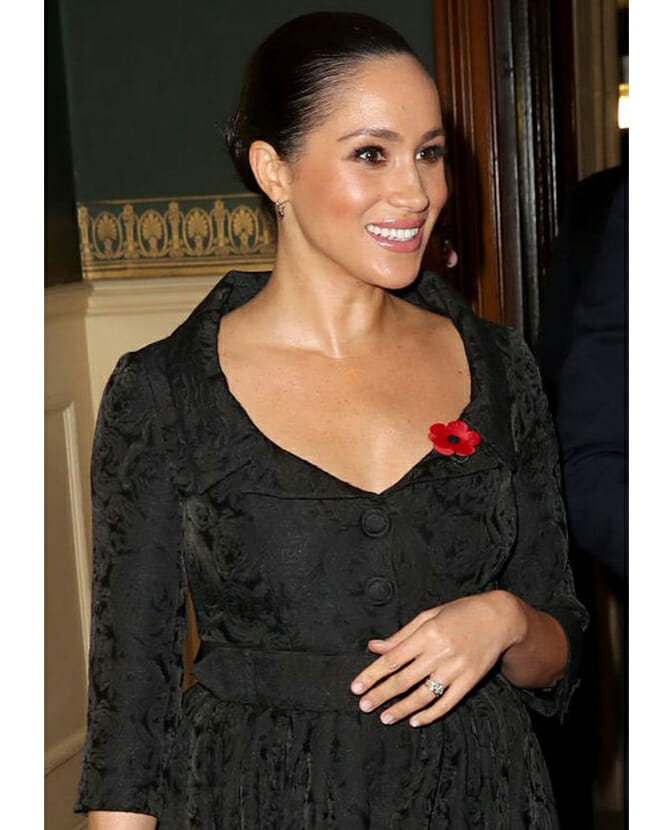 Now, take a look at when baby Archie made his debut while the royal couple were on their first official tour as a family.