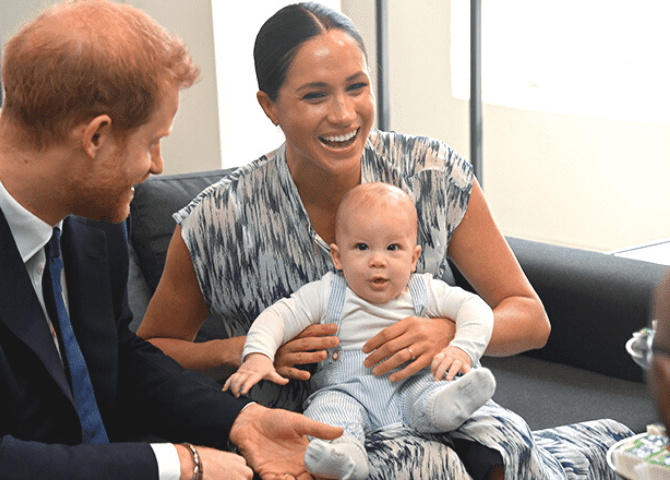 As they've officially embarked on post royal life, Harry and Meghan have revealed the name of their newly announced foundation...

It’s been exactly one week since Prince Harry and Meghan Markle have officially ended their royal duties, saying their goodbyes in a final Instagram post. It wasn’t long until after that we learned what the couple were up to after stepping down as senior royals (and moving to Los Angeles).

Overnight, the Duke and Duchess of Sussex have revealed plans to launch a new non-profit organisation called Archewell after reports leaked in the Daily Telegraph.

“Like you, our focus is on supporting efforts to tackle the global COVID-19 pandemic but faced with this information coming to light, we felt compelled to share the story of how this came to be,” they said in a statement. “Before SussexRoyal, came the idea of Arche — the Greek word meaning source of action. We connected to this concept for the charitable organisation we hoped to build one day, and it became the inspiration for our son’s name. To do something of meaning, to do something that matters.”

The pair are now aiming to be financially independent from the Queen and whilst no further news have been shared on the launch of the new organisation, Harry and Meghan said, “We look forward to launching Archewell when the time is right.”

In the meantime, watch the Queen make a historic address on the current COVID-19 pandemic.