Joe Jonas and Sophie Turner are having two weddings 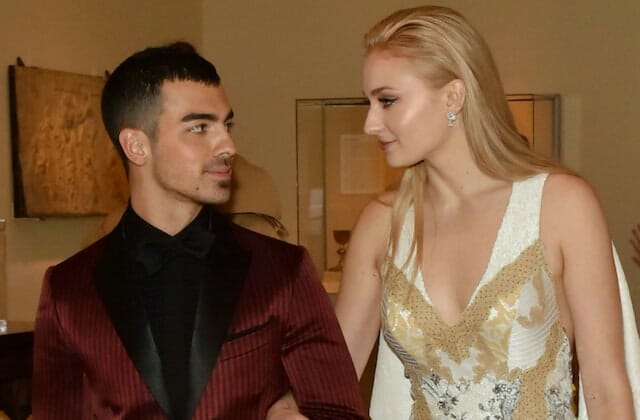 Sophie Turner and Joe Jonas have wed in Las Vegas. But now, they're off to pastures new for a second wedding. Because why not..?

It was reported that the couple did so only moments after the Jonas Brothers performed at the Billboard Music Awards.

Before we descend into more detail, here’s a quick Jonas-Turner relationship factsheet:

– They got engaged one year later.

– Turner is English, Jonas is American.

Which leads us to why they are now having a second wedding…in France.

According to People reported the couple will tie the knot again in Europe, but they had to get married in America first to legalise their vows. Fair enough.

To be honest, we’re not at all surprised a Jonas brother is having more than one wedding. Priyanka Chopra and Nick Jonas had 5 million (sorry, three wedding ceremonies) across different continents.

The couple’s wedding of their dreams in France awaits this summer. Jonas had actually said back in March on The Late Late Show With James Corden: “We’re going to have a summer wedding, which I’m looking forward to. It’s going to be a lot of fun.”

Details on location and the likes to follow on Buro. Middle East.

Now, it looks like Baby Sussex is definitely not here because Prince Harry has cancelled his trip to Holland.