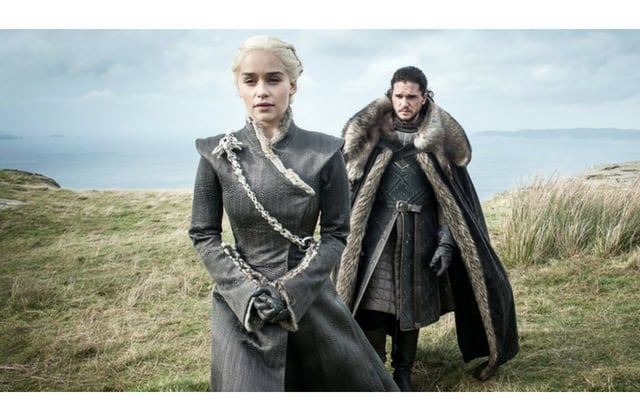 Blink and you might miss it but HBO has just given us our first glimpse of Game of Thrones season 8...

It’s no secret that plenty of the world is counting down to April 2019 when the final season of Game of Thrones airs. We’ve been fairly starved for information on what this final season will hold however with producers keeping an extremely tight lid on filming to avoid any spoilers being leaked.

But overnight we’ve finally been given our first glimpse of season 8, and. although fleeting, it’s oh-so good. HBO debuted the promo video for its 2019 lineup last night and in amongst old footage from season 7, there was a new clip that showed Jon Snow and Sansa reuniting at Winterfell. Skip to 1:10 in the video below to see the heartwarming moment. Feel the need to replay? No judgement here, we’ve watched the two-second part three times already. All. The. Feels.

The clip also gives us a brief first look at Meryl Streep in the second season of Big Little Lies as Mary Louise Wright, Celeste’s (played by Nicole Kidman) mother-in-law.

Until then, find out more about Netflix’s first original Arabic series.