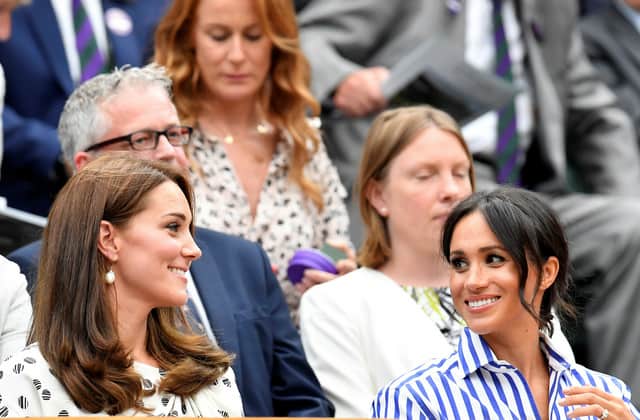 Just when we thought Wimbledon couldn't get any more exciting, this happens...

So far this year we’ve seen Meghan Markle make several appearances alongside her new husband Prince Harry, as well as a handful alongside the Duke and Duchess of Cambridge (The Royal Foundation forum, Trooping The Colour, Prince Louis’ christening and the #RAF100 celebrations, to name a few) and even with the Queen herself. What we had not yet seen was Meghan and Kate enjoying some sister-in-law time — until today.

The brunette duo attended Wimbledon together sans husbands for the very first time, sitting in the royal box to watch Serena Williams play Angelique Kerber in the women’s singles final on centre court. Serena and Meghan have been friends for  a while, and Serena attended the royal wedding in May with a prime seat to take in the ceremony. The world champion had hinted last week that Meghan might come to watch her, saying, “If I keep winning.”

Kate and Meghan took their seats in the royal box to watch the end of the Novak Djokovic/Rafael Nadal semi-final which ran over by an hour, with Kate wearing a fitted white polka dot midi dress and Meghan choosing a Ralph Lauren shirt and white wide-leg trousers for the occasion. 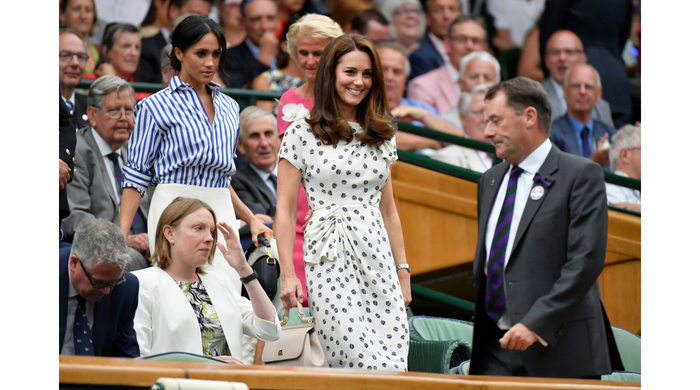 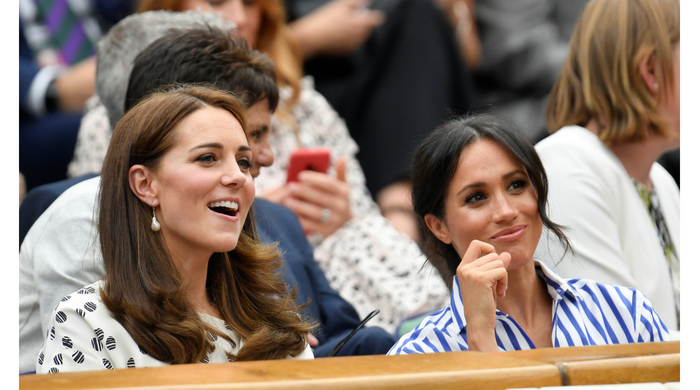 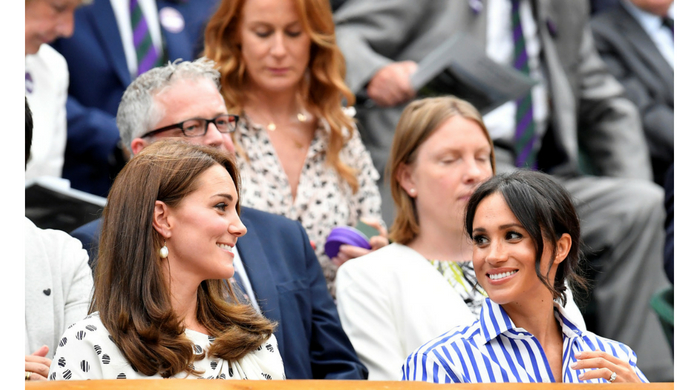 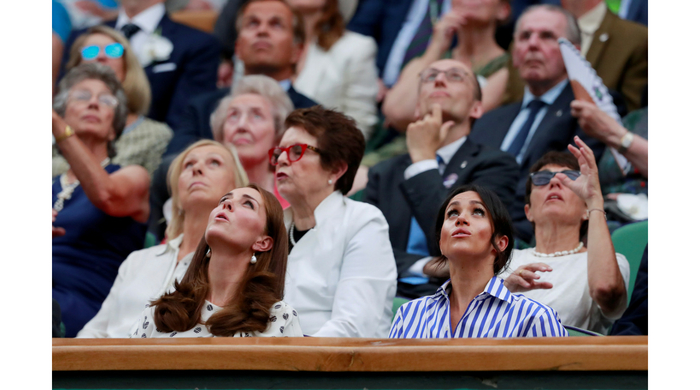 Stay tuned to Buro 24/7 Middle East for more photos as the match between Williams and Kerber begins.