Expect to see Coldplay, Billie Eilish and more in Dubai this September 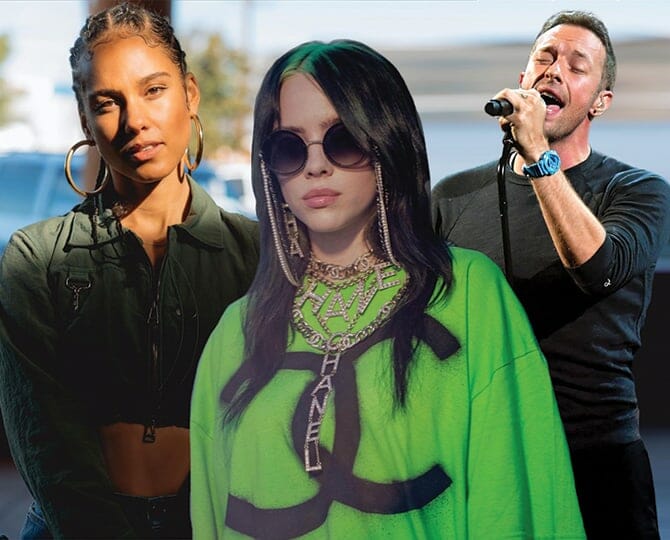 The world’s biggest humanitarian event is coming to Dubai and we can't wait...

It’s no surprise that 2020 is set to be a big year for the UAE. Home to the Expo 2020 (and already a melting pot of different cultures), it’s no wonder why the country’s metropolis that is Dubai, has been named as the hosting city for a major humanitarian event — perhaps the largest, if not the biggest, Global Goal Live: The Possible Dream event.

The city will be home to one of out 10 simultaneous live events organised by Global Citizen, an organisation with goals that include ending extreme poverty and tackling climate change and equality across the globe.

The event is set to run for 10 hours on September 26, 2020, and will be telecasted on six continents, making for one of the largest live broadcast events in history.

So, what can you expect from the “Live Aid” style musical affair? Some of the world’s biggest musicians including Alicia Keys, Billie Eilish, Coldplay, Miley Cyrus, Pharrell Williams, Shawn Mendes and Red Hot Chili Peppers (to name a few) will jetset into the city next Fall. Also, the lineup will see some international speakers and policymakers take the stage.

The announcement was made at the World Economic Forum, held in Davos, Switzerland. Mohammed Al Gergawi, the UAE’s Minister of Cabinet Affairs and the Future, was joined by Global Citizen ambassador, Priyanka Chopra Jonas, for the announcement.

Now, discover the new logo that will represent the UAE.