Cardi B wears Azzi & Osta to the MTV VMAs

A big coup for the Lebanese label
August 21, 2018
Maddison Glendinning 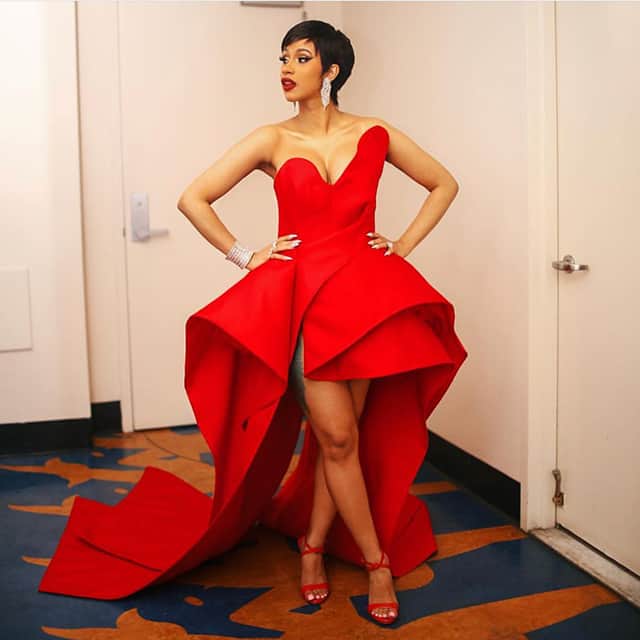 The 2018 MTV VMAs took place last night in the states and a whole host of music’s most impressive were in attendance, including Jennifer Lopez, Madonna, Ariana Grande and more.

There was one star in particular that caught our eye however and that was rapper Cardi B. Cardi took the stage to accept her Song of the Summer award wearing an eye-catching red gown by Lebanese label Azzi & Osta.

According to the brand, the “gown is an adaptation of the House’s La Regence gown from S/S ‘18, but this time in red, and with four tails instead of two, AND with a body incorporated in it.”

The incredible piece, which features a nipped in waist and exaggerated volume at the hips, took over 150 hours to create and used 15 metres of Silk Gazar.

This isn’t the first time the brand has dressed music royalty, with Beyoncé having worn a piece by the brand earlier this year and Kendall Jenner having chosen an item from the label for the annual Kardashian-Jenner Christmas party last year.