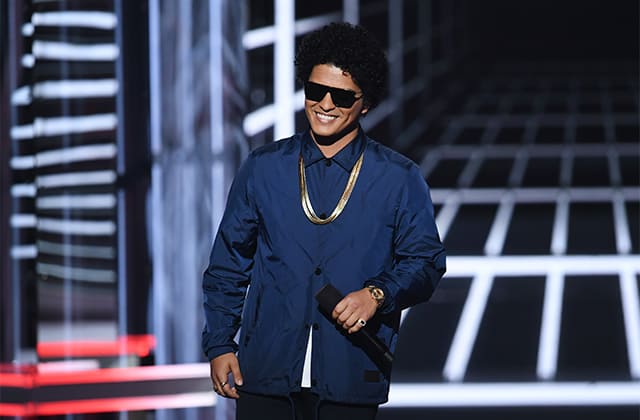 Bruno Mars will be bringing some of his 24K magic to Abu Dhabi to ring in the New Year...

The UAE is almost becoming the go-to hub for some of the greatest musicians of all time with a slew of them setting their eye on the country for their latest gigs. For the rest of the year, we can expect to see Eminem, Kylie Minogue, Travis Scott, Rita Ora and The Killers, and we finally know who will be joining the roster of performances to round off the year.

Earlier this morning, news emerged that megastar Bruno Mars will be performing at du Arena on Yas Island during New Year’s Eve, and we seriously can’t wait.

Set to take the stage on December 31 as part of the Resolution by Night line-up, the artist will be bringing a songbook of hits including Just The Way You Are, Uptown Funk, Please Me, That’s What I Like, 24K Magic and Versace On The Floor.

Organised by Flash Entertainment and the Department of Culture and Tourism – Abu Dhabi, the event continues to bring some of the best and most diverse acts to the Middle East.

Speaking of Mars’ upcoming appearance, John Lickrish, Flash Entertainment CEO, said: “Having the platinum-selling global music icon Bruno Mars ring in the New Year with us at du Arena as part of Resolution by Night further re-affirms our commitment to continue to offer the best and most diverse entertainment to the region. Over the last decade, we have built a legacy of curating and delivering unmissable experiences and events, and this will be a night to remember for all music aficionados.”

Tickets are now available from ticketmaster.ae.