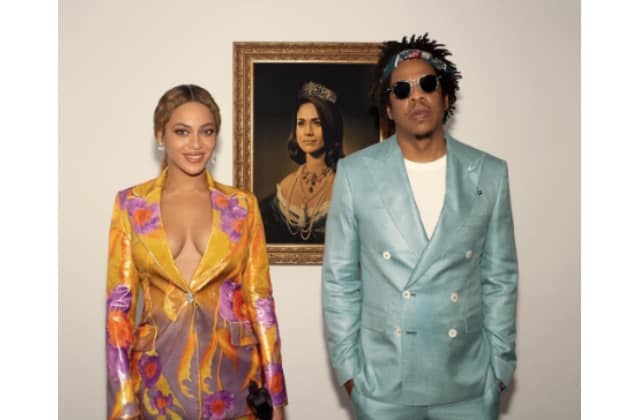 The Duchess of Sussex made a surprise appearance at the Brit Awards last night. Well, sort of...

Last night, the 2019 Brit Awards took place and Meghan Markle made a surprise appearance. Although the Duchess is currently in New York celebrating her upcoming baby (Amal Clooney, Jessica Mulroney and Serena Williams were just some of the famous faces spotted at her baby shower last night), the new British royal popped up at the awards in a pre-filmed acceptance speech by Beyoncé and Jay Z.

The pair won the award for Best International Group and appeared in a video standing in front of a painting of Markle. The setting was in reference to their Ape**** music video in which the pair famously stood in front of the Mona Lisa. In her Instagram caption, Bey wrote, “Thank you to the Brits for the award for Best International Group. I won this award back in 2002 with my besties, Kelly and Michelle. How lucky am I to have been in a group with my other best friend, the GOAT Hova. In honor of Black History Month, we bow down to one of our Melanated Monas. Congrats on your pregnancy! We wish you so much joy.”

Well that settles it then. Meghan is officially friends with all of the most powerful females on the planet. Surely Adele has got to pop up soon, no?

Now, find out which British musicians are set to perform in Dubai next month.