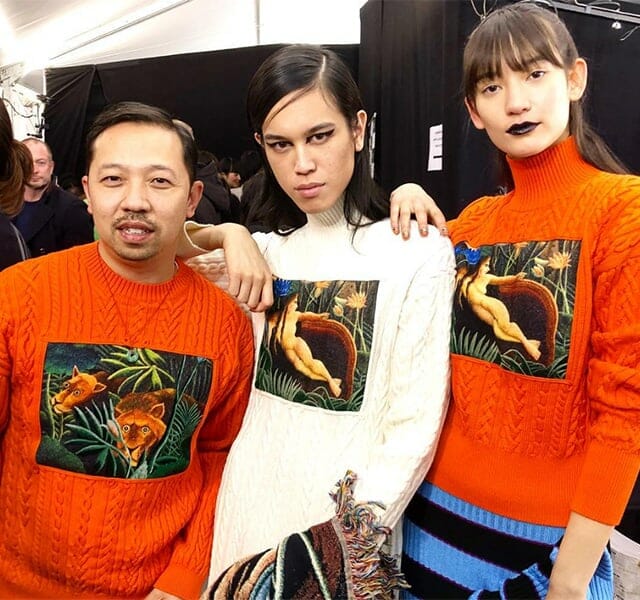 This brand's Creative Director has written and produced his first film...

New York Fashion Week is just a few weeks away and we can’t wait to see what the fashion brands have in store for us this season.

We know that Rodarte and Proenza Schouler will make their return to the American schedule after opting to showcase in Paris last year, Escada will make its debut and Ralph Lauren will deliver what’s sure to be an exceptional collection for his anniversary show at Bethesda Terrace in Central Park.

Now, news emerged overnight on another addition to the schedule.

Off the runway, one of Kenzo’s Co-Creative Directors, Humberto Leon, will showcase the brand’s newest film, titled The Everything. Marking the designer’s first foray into the film industry, the 27-minute film is Leon’s first written and produced piece of work and will feature Kenzo’s Fall/Winter ’18 collection and La Collection Memento No. 3.

According to WWD, the film is “a lighthearted drama about a family of teenagers with unusual powers that bring them together” and will star “Milla Jovovich as the matriarch to a group of young characters played by Alexandra Shipp, Kodi Smit-McPhee and Sasha Frolova. The film also features Regina Hall, Jay Ellis, Zsela Thompson and Leo Reilly. Spike Jonze also makes a special appearance.”

The Everything will be showcased at an event during New York Fashion Week this September.

In the meantime, find out more about Ralph Lauren’s upcoming 50th-anniversary show, which will also take place during New York Fashion Week.