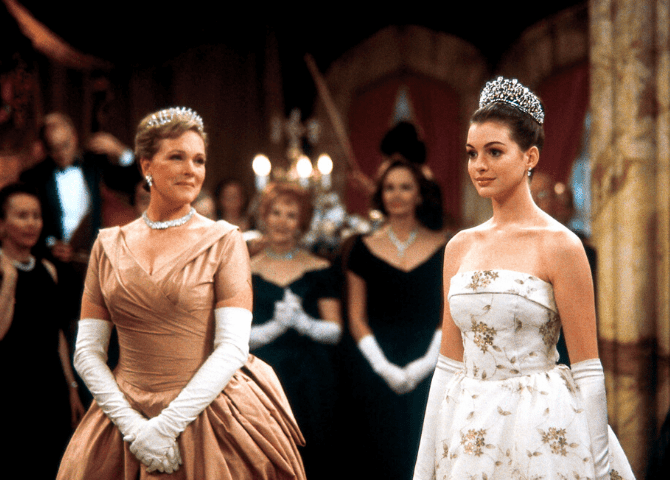 Is Princess Diaries 3 in the works? If so, Queen Clarisse is definitely in...

The Princess Diaries phenomenon will almost hit its 20th anniversary next year (seriously though, where did the time go?!) and we may be in for a surprise sooner rather than later.

The Disney adaptations of Meg Cabot’s book series first premiered in 2001 and its lovable sequel followed just three years later — the films were some of the most iconic live-action films from the noughties era.

We’ve all been waiting for Mia Thermopolis (portrayed by Anne Hathaway) and Queen Clarisse (played by Julie Andrews) to do a third film and now, it looks like the gang may be coming together.

Speaking at an interview with The Talk this week, Andrews said: “I heard that there might be one [third film]. It’s long been talked about but nothing sort of been on my desk or anything like that. I think I would [do it]. I’m getting awfully old and crotchety. I’m not sure if it’s the right timing, but I think to work with Annie [Anne Hathaway, who played Princess Mia] would be lovely again, and sure I’d be up for it. I think we should wait for-if a script comes in, let’s wait for that.”

“I’m getting awfully old and crotchety. I’m not sure if it’s the right timing, but I think to work with Annie [Hathaway] would be lovely again. And yeah, sure I would be up for it.” – @JulieAndrews on a potential “Princess Diary 3” movie. pic.twitter.com/0qY07FlFMi

The possibility of The Princess Diaries 3 film release was first teased by Hathaway herself back in January 2019. Let’s keep our fingers crossed!

In the meantime, watch the teaser for Michelle Obama’s new Netflix documentary.