Louis Vuitton reveals Emma Stone as the face of its newest fragrance, Attrape-Rêves 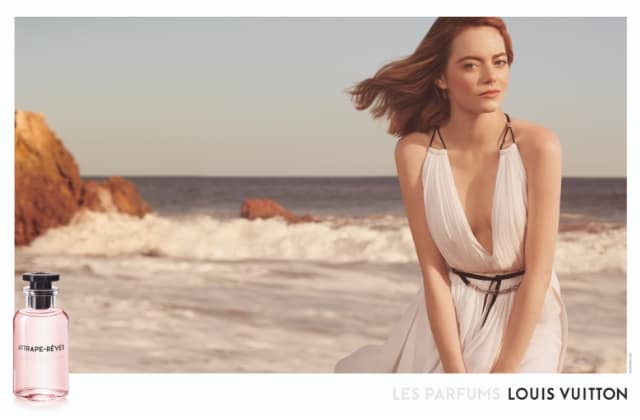 Back in March, Emma Stone made her long-awaited and highly anticipated debut for Louis Vuitton after being announced as the brand’s new muse in October of last year. Stone appeared in the brand’s Spirit of Travel campaign, and now, she’s the face of yet another campaign for the French maison.

Earlier this month Louis Vuitton announced the launch of Attrape-Rêves, its newest feminine fragrance. Now, we can finally reveal that Emma Stone is the face of the new scent. The Academy Award-winning actress has been shot for the campaign by Academy Award-winning director Sam Mendes — a powerhouse pairing for Vuitton’s very first fragrance film campaign. Beyoncé‘s XO soundtracks the short.

According to the brand, the film “looks at the different moments and emotions in a woman’s life journey, reflecting the spirit of travel and passion that is central to Louis Vuitton’s values. The changing backdrops also evoke the contrasting personalities of the exceptional perfumes within the Louis Vuitton fragrance collection.”

The accompanying print campaign was shot by Craig McDean and styled by Marie-Amélie Sauvé.

Discover the film below…