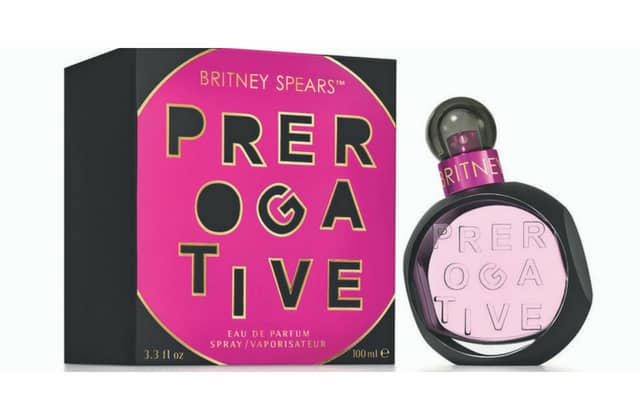 Britney Spears is launching a unisex fragrance today named after one of her hit songs...

In 2004, Britney Spears launched her first fragrance, Curious, and, like many of her songs, it was an instant hit. Now, 14 years and 23 scents later (she was the OG celebrity perfumer), the singer is back with a new fragrance.

Launching today, the new perfume is called Prerogative — you’re singing the chorus now aren’t you? Yeah, us too. — named after one of her greatest hits which was a Bobby Brown cover. In a statement, Spears said the scent was “created for the woman or man who defies inhibitions and societal limitations” and that it “fuels the confidence and determination to be whoever you want to be.”

It has notes of pink pepper, red goji berries, espresso foam, amber wood and santal and is described as being oriental and woody.

The scent is being released in the States today and further rolled out in August. There’s no word on whether it will make it to our shores so if you find yourself Stateside this summer, you might want to pick yourself up a bottle

In the meantime, we’ll just be here with the song on repeat…