Not one, not two, but three things made a debut at the show...
February 7, 2018
Meeran Mekkaoui 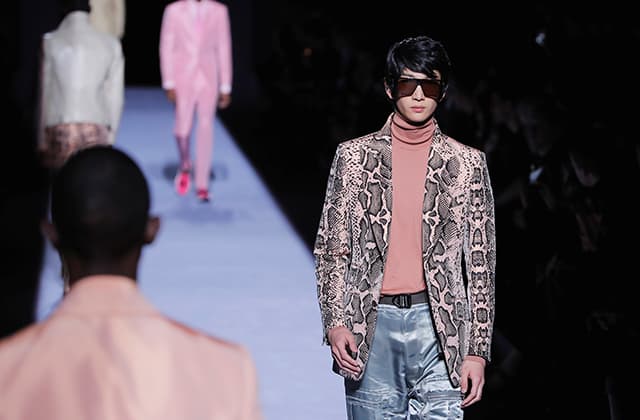 Earlier this morning, Tom Ford made his debut on the Men's New York Fashion Week schedule and the collection is a must-see...

In December, the CFDA announced that it was extending the Men’s New York Fashion Week schedule to include more strong contenders and just two weeks ago, Tom Ford was announced as the newest designer to join the lineup.

If you pay close attention to the men’s accessories, you’ll see that the American designer introduced a selection of new watch assortments on the runway too, and ended the 38-look collection with the much-anticipated reveal of the brand’s new underwear collections.

Browse through the Fall/Winter ’18 collection here…

Now, take a look at the best street style looks from day one of Men’s New York Fashion Week.