CRAZY FOR COUTURE: BALENCIAGA OPENS THE DOORS TO ITS NEW STORE 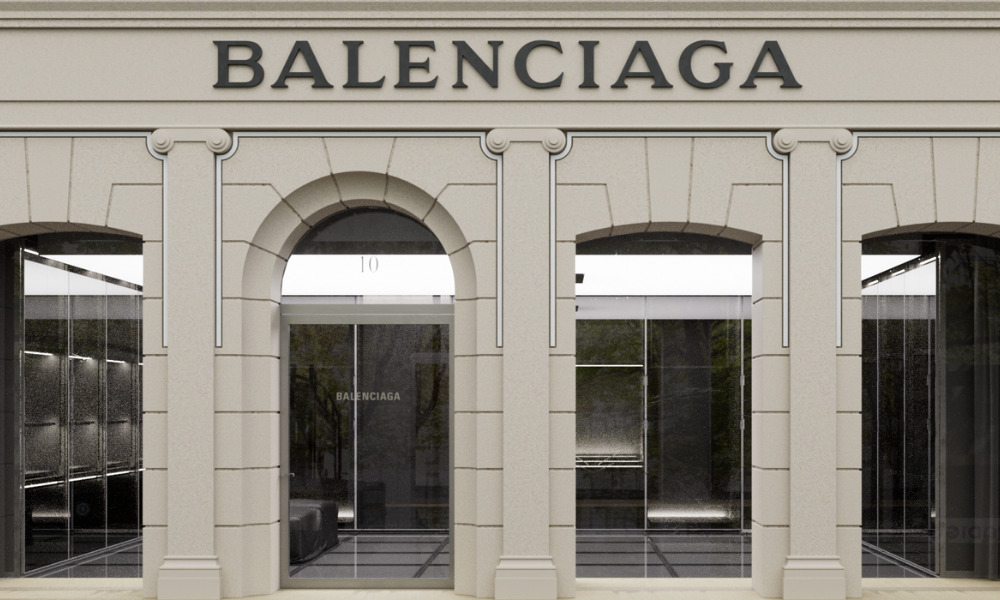 Following Demna’s poetic couture debut in 2021, the designer is opening the doors to a brand new Balenciaga Couture store...

Demna currently sits at the throne of a fashion house that was once revered for its haute couture but hasn’t presented such a collection in over 50 years – until 2021. The designer changed the narrative by bringing couture back into the fold and of course, it resulted in a diversion from traditional couture. Featuring boxy pantsuits, fluorescent colours, and A-line coats trickled down the runway, later followed by sculpted gowns, it was a collection that highlighted Demna’s couture vision moving forward.

One year on since Demna’s debut, Balenciaga is opening the doors to a completely new retail experience that is dedicated to preserving its heritage and exceptional know-how. Enter: the Balenciaga Couture Store.

Located at 10 Avenue George V, the brand’s original couture location which opened in 1937, the newly-renovated couture store goes beyond just showcasing couture as it welcomes guests who ant rare and unique products within the historic Parisian address. The ground floor will house men’s and women’s departments, in addition to being connected to the couture salons, and the atelier is located upstairs where the limited edition products can be personalised and altered. Additionally, the stores will offer exclusive creations of clothing, accessories, and exceptional objects ranging from artisanal to highly technological, available only at the Couture Store.

“The concept of the Couture Store is a gateway to Couture, which remains a very closed universe, especially for new generations,” says Cédric Charbit, Balenciaga CEO. “In this new store, products, made to measure services and retail excellence are a reinvention of the Balenciaga client experience. It is exciting to be able to present this level of craft, creativity and made-in-France savoir-faire in our historical address.”

Balenciaga’s couture store is set to open on the same day as its 51st couture show on July 6.