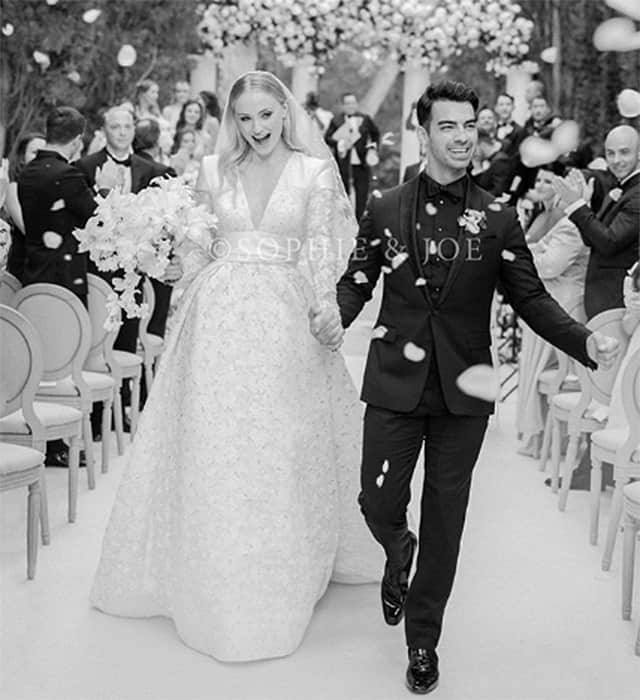 Sophie Turner and Joe Jonas truly saved the best for last as the first images of the newlyweds have been released...

Sophie Turner and Joe Jonas officially held their second wedding ceremony in the South of France last week and it was a private, romantic and intimate event that left us to wonder what the bride wore for her big day.

Now, we finally have the answer and the first full, up-close look at the stunning gown.

Officially Mrs. Jonas, the Game of Thrones actress chose a beautiful custom lace dress by none other than Louis Vuitton.

The maison’s Creative Director Nicolas Ghesquière revealed the first full image of the newlywed’s wedding dress, as he shared a snapshot of Turner’s elaborate dress on Instagram. 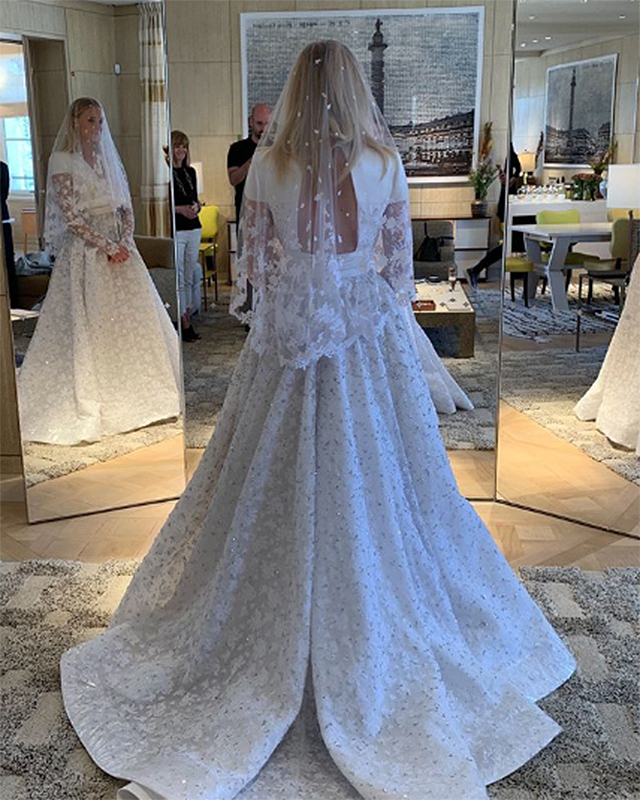 Details of the dress include a cut-out back, deep V neckline, sheer fitted sleeves and a voluminous skirt complete with intricate embellished details. As for Turner’s veil, the bride opted for a lace-trimmed elbow-length veil softly dotted with white appliqués.

According to WWD, “more than 10 embroiderers worked for a total of 1,050 hours on the 14 meters of tulle, covered with a digitally-designed pattern of more than 650,000 stitches. Each panel was embroidered with 50,400 crystal beads and 50,400 white beads.”

The actress also shared the first look inside the couple’s romantic wedding day via Instagram, as she posted a sweet black-and-white photo where you can see the Louis Vuitton dress in all its glory.

It comes as no surprise that the star chose the French brand to dress her for her big day given that she’s one of the celebrity faces of the maison.

Congratulations to Sophie and Joe!

Now, take a look at the Saudi Arabian label that Priyanka Chopra wore during the wedding festivities in France.